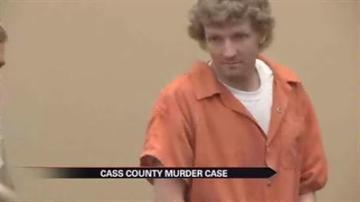 CASS COUNTY, Mich. -- The man accused of killing a Niles couple in 2010 appeared before a judge in Cass County Monday. The court heard several motions from both sides.

Keith Lintz has been charged with felony murder for the deaths of Joseph and Carolyn Tarwacki.

Investigators finally arrested him in October 2012.

In court both the state and the defense asked for special considerations.

All three of the prosecution’s motions were denied.

The defense asked the judge to push back the trial date and that motion was approved. The date had been May 7 and it was pushed back 68 days, to sometime in mid July.

Lintz's attorney said that he has not been given police reports or DVD interviews with dozens of witnesses in a timely manner.

"They have given me police reports but I did say 80-percent of them is people that they were just interviewing for leads that didn't lead to anything. So now are finally getting down to supplements of things and I need time to review them and entertain experts and witnesses of my own,” said defense attorney Greg Feldman.