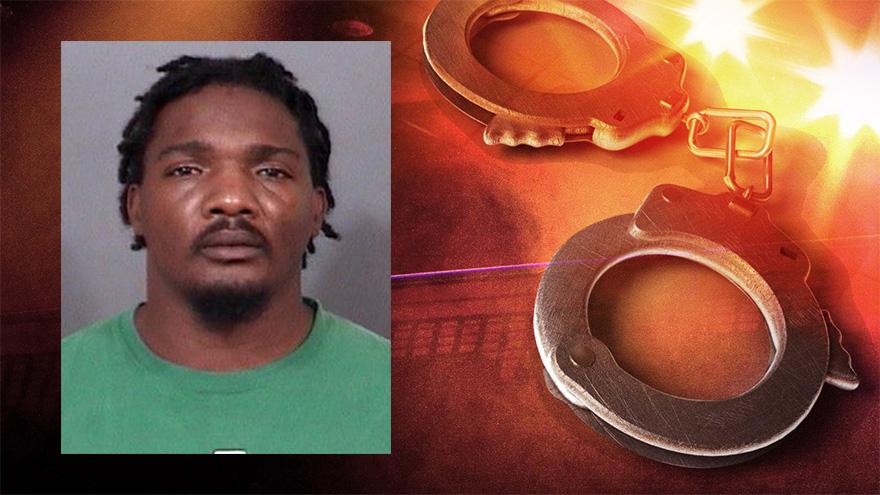 SOUTH BEND, Ind. -- A liquor store employee was arrested for allegedly attacking a man outside the store, according to court records.

Stephen Love, 35, has been charged with battery by means of a deadly weapon, unlawful possession of a firearm by a serious violent felon, and carrying a handgun without a license.

South Bend Police were called to the Mega Liquor store on S. Main Street on July 7 regarding an armed disturbance.

When they arrived, they located a man who had visible injuries to his head, lip and hands.

The victim told police an employee wearing a green shirt assaulted him. The victim was then taken to Memorial Hospital for treatment of his injuries.

Officers located a man inside the store wearing a green shirt. He was identified as Love.

Officers reviewed the surveillance video which showed Love standing behind the counter when he bent down and pulled a gun, pointed it towards the front door, then put it in his waistband, according to the probable cause affidavit.

A group of men then enter the store and point guns at Love. Then they left the store without incident.

After the men left, Love walked out of the store and pointed his gun at the victim, according to reports.

The victim was standing next to a car with his hands above his head when Love allegedly hit him with the gun in the right side of the face, according to the probable cause affidavit.

A woman pulled Love away from the victim. Love handed the woman the gun and she left the scene, according to reports.

Love has previously been convicted of a felony, police said.

A manager at Mega Liquor says Love is no longer an employee at the store.

Love was arraigned on Tuesday.