Live in Philadelphia: Coaches amp up for Sweet 16 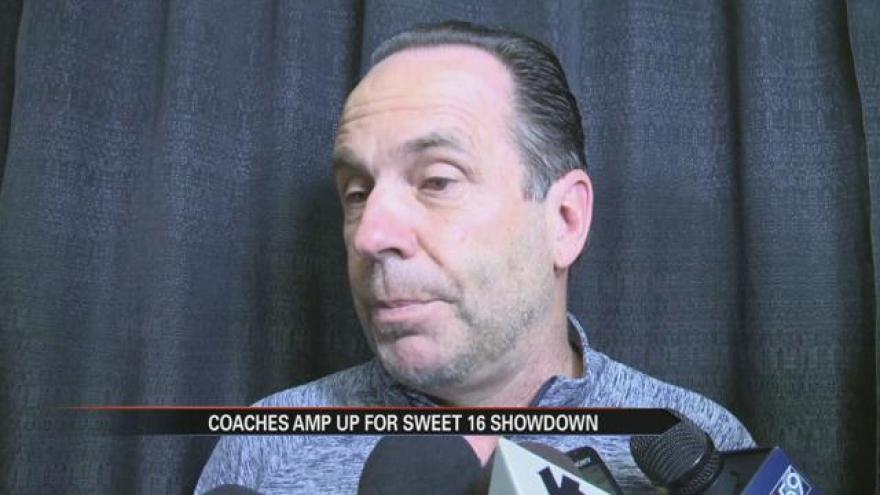 Both Coach Brey and Coach Gard have been in this position before.

"I think Greg Gard should be mentioned as a National Coach of the Year candidate. I don't know why he's not mentioned. He has put this thing together and is riding great momentum. I've always had respect for his program. They have a group that has been through this and they believe they should win," Coach Brey said.

"Mike's got a great team. Every year nobody talks about ND - yet they seem to be there in the second weekend. He's done a tremendous job of identifying the type of student-athlete he needs. The names change - the numbers change. But the production in terms of what they do together, their ability to develop players, doesn't change," said Coach Gard.