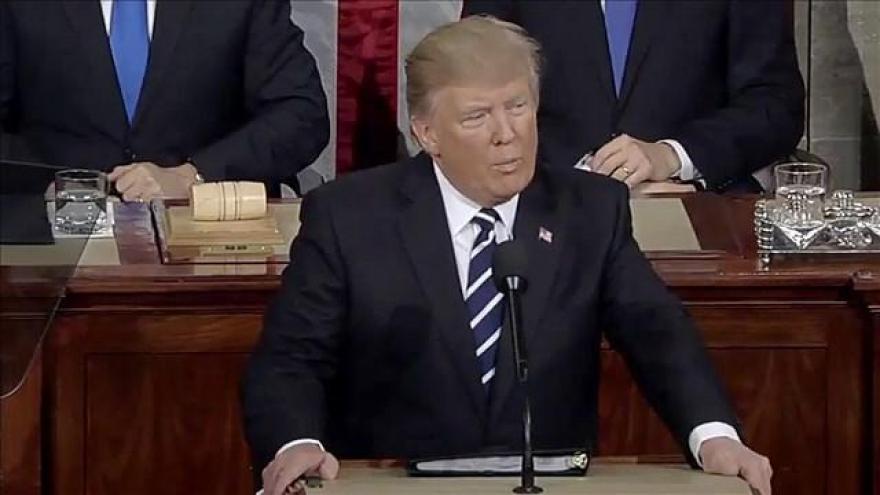 We in Michigan believe actions speak louder than words. As Michigan’s U.S. Senator, I will continue to hold the President accountable for real efforts to bring jobs home, strengthen our healthcare system rather than repeal it, and give every person a fair shot to work hard and be successful for themselves and their family.

In his first address to Congress, President Trump presented a positive vision and a bold agenda for our country. From jump-starting our economy and growing jobs to rebuilding our military and protecting our veterans, Congress and the president are committed to working together for real solutions that make a difference in people’s lives.

That’s why we’re working together to fix our broken tax code and make it flatter, simpler, and fairer. We’re rolling back burdensome regulations that are crushing small businesses, manufacturers, and farmers. We’re working to provide relief to the millions of families struggling under Obamacare by repealing and replacing it with a better system that lowers costs, increases choices, and protects patients with pre-existing conditions. And we’re making sure our servicemen and women have the resources they need on the battlefield and the care they deserve when they return home.

The president’s message was one of optimism, unity, and faith in the American spirit – just what this country needs. Congress and President Trump are off to a great start working for the American people, and I couldn’t be more excited about what we are going to accomplish together.

President Trump’s address was a focused, optimistic vision for the future of our country. He offered common ground on goals we can all agree on such as creating American jobs, making needed investments in our infrastructure, delivering for our veterans, and rebuilding our healthcare system. I also fully support the president’s call to safely speed approvals for life-saving drugs and devices which is exactly what our groundbreaking 21st Century Cures Act does. As we move forward, I continue to believe we are better served by working together. My hope is that we will see more bipartisan cooperation so that we can get the job done for the American people.

Donald Trump’s first Congressional address was a sobering reminder of just what’s at stake. He took to the lectern and pitched lofty rhetoric with few details on how he will actually help Americans achieve the dreams they deserve. He laid out an agenda engineered to roll back the progress we made under President Obama and showed us that he is doing everything but 'draining the swamp'. We won’t go back to a time when Wall Street ran wild, when a pre-existing condition meant a lifetime of medical debt or worse, when corporations got a bailout and families struggled to get by. President Trump may still not get it, but his rhetoric matters. This is not a television show with a pre-determined outcome. These are people’s lives. Right now, there are Americans battling cancer who worry about tomorrow and affording their care. There are families piecing low-paying jobs together to keep food on the table. There are college grads drowning in a sea of student debt. They need a President ready and able to meet the challenges we face right now. At minimum, someone who understands and empathizes with their struggle. Trump is not that President. As Indiana Democrats, we will fight at every level for fairness, for the future and working families.

It was a great honor to be in the House chamber tonight as President Trump addressed the nation. The President made it clear that he wants to shake up the status quo in Washington, and his actions since taking office demonstrate that he is determined to keep this promise.

“I am encouraged by President Trump’s commitment to growing our economy by reforming our tax code and rolling back burdensome regulations. I strongly support his call to rebuild our military and improve the care our veterans receive.

“In the months to come, I look forward to working with the Trump Administration and my colleagues in Congress to address the major issues we face.