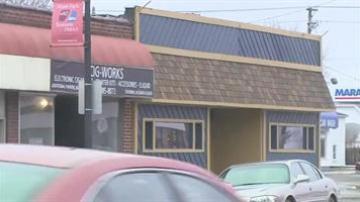 SOUTH BEND, Ind.-- After a stabbing at a bar on Mishawaka Avenue, the City of South Bend is taking action. The legal team has yet to renew Tapped Out II's business license.

A fight at the Tapped Out II bar ended around 2:30 a.m. on Monday when one man was stabbed and rushed to the hospital.

Mike Wisniewski said, “Well I heard someone hollering ‘Just lay still, just lay still.’ And that’s when I looked outside and saw a gentleman lying on the ground who had just been stabbed.”

Two days after our report, the City of South Bend delayed renewing the bar's business license.

Neighbors said they enjoyed a peaceful night of sleep on Thursday because the bar is keeping a low profile while the city decides its fate.

Wisniewski said, “That was really nice. Especially waking up at 1 in the morning to go to work and getting coffee at the gas station and not having to watch my back.”

Neighbors don't want to deter business from the River Park neighborhood, but they said the bar has been a problem under every owner.

Wisniewski said, “In the 19 years that I’ve been here there have been multiple shootings here.”

The City of South Bend said their chronic nuisance officer is also looking into the issues at Tapped Out II.

Wisniewski said, “It would be really nice if a restaurant went in there or something. We’re not trying to run businesses out, we need business here because of the people that we have."