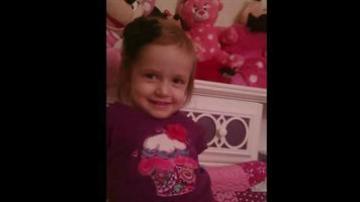 OSCEOLA, Ind. -- An Osceola girl is being nationally recognized for donating her bone marrow to a toddler who needed a life-saving transplant. On Thursday the donor and the toddler will meet each other for the very first time.

Bailey Personette decided to get swabbed through "Be the Match" in 2011. A year later, Personette got a call that there was a little girl who needed her bone marrow.

Personette said, “I definitely think it’s just one of God’s miracles that happened to just fall into place.”

Madalyn Weimer is a 3-year-old who suffers from Myelodysplastic Syndrome, a condition that makes her body unable to produce the red and white blood cells that she needs to survive.

Personette said, “They said the chance of her finding a match were the same as her family winning the lottery twice, so it was very rare and unexpected.”

Doctors said it's a miracle that Weimer found someone who was nearly a perfect match.

Personette said, “Doctors tell me that I was a 99.9-percent match, which they consider an identical twin match, which is extremely rare especially with our age differences.”

In 2012, "Be the Match" flew Personette to Georgetown where doctors drilled 40 holes into her pelvis to extract the marrow.

Personette said, “I’m like the last one to get a flu shot of all my siblings because I’m really bad with needles so it was a really big thing to go through and do.”

Weimer is recovering well after the transplant and her family is excited to meet Personette in Phoenix on Thursday.

Personette said, “She’s going to be 4-years-old in August so she’s really young and tiny, she’s really cute, she likes to play outside and I’m just really excited to meet her!”

Personette said, “I think it’s kind of been like a saving grace for her family and just given her family a lot of hope that she’s doing well.”

A swab kit can be ordered for free on the "Be the Match" website.

Personette said, “I don’t want to have to be called because that means someone’s sick but I would definitely do it again in a heartbeat.”