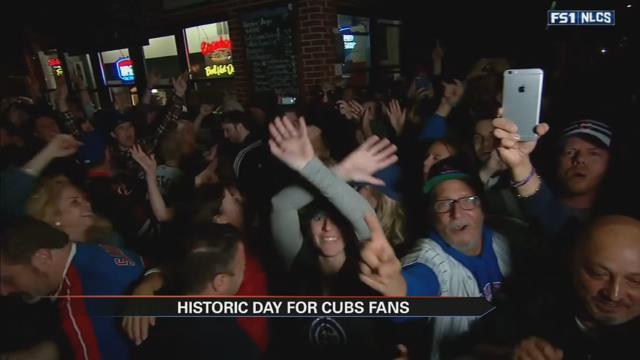 It took 71 years to get the Chicago Cubs back in the World Series, and local Michiana fans are excited.  South Bend Cubs President Joe Hart says, the game was a historical moment.

He wasn't the only one without words.  6-year-old Brody told ABC57,  he was happy "they broke the curse."

The infamous 1945 Curse of the Billy Goat, is attributed to the long period of time where the Cubs failed to make it to the World Series.  But now, 90 miles away from Wrigley Field, local fans are soaking every minute in.

Hart says, part of it may be the South Bend Cub's affiliation with Chicago.

"[It's] a fan base that has been really rooting for it non-stop.  And for us being a part of that, hopefully South Bend played a little part in helping get the Cubs to the World Series," he says.

But nothing can compare to the pride and excitement locals felt, when watching Dexter Fowler play in Saturday night's game. Fowler spent some time with the South Bend team over the summer, during a weekend rehabilitation assignment.

"You sit there and watch him on TV, and you think of the success he has," says Hart. "You think, 'wow,' just a couple of months ago he was playing here in South Bend."

So for the new fans, like Brody, who've rooted for the Cubs their whole life; to faithful followers like Hart, it's a great time for being a Cubs fan.

"There's something about Cubs fans," adds Hart. "They're just die-hard."