Local initiative training young men how to be fathers 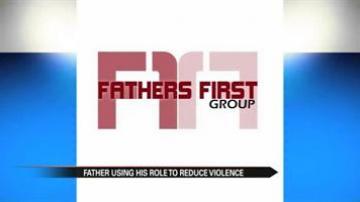 SOUTH BEND, Ind.-- It started off as a violent year in the City of South Bend and one father is starting an initiative to mentor single fathers in the community.

The Father's First organization is kicking off its first picnic on July 26th at Clay Township Park.

“It’s important that we re-establish the father’s role in our community as a vital irreplaceable part of the family structure," said Daniel Marshall who started the Father's First group.

Marshall realizes he plays a prominent role in the life of his 5-year-old daughter.

Marshall said it wasn't always this way in his life.

“I did get into some trouble which is what brought me home back to Indiana and when I came home I had a fresh daughter, I didn’t have a job, and I had to do something,” Marshall said.

Marshall began volunteering at the Center for the Homeless several years ago and that's what helped him get his life back on track.

Now he works at Goodwill and is a full-time father.

“That’s what helped me step into the role I want to play. Just to let these young fathers know hey I’m just like you I went through the same thing and this is something where we want to recognize people like you and people like me," said Marshall.

Marshall is excited that his daughter Danity made the highest grades in her class this semester.

Marshall hopes he can help other fathers in their journey as a single parent too.

"Having a father role reduces the violence and reduces all the ignorant things that happen because you got somebody to look up to," said Marshall.