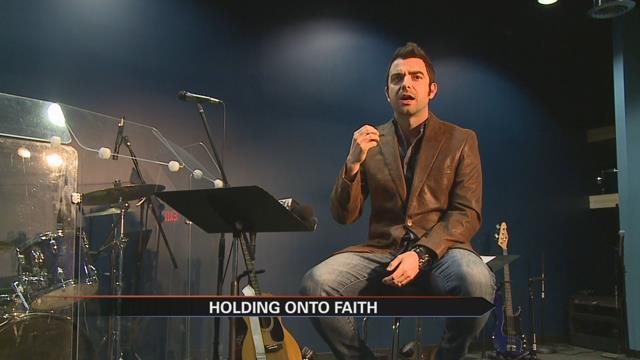 In the wake of the recent terror attack in San Bernardino, CA many local people are looking to their faith for answers.

But many people turn to blame.

“As the saying goes when you point the finger at someone else, you have three fingers pointing back at you,” said Garth.

Some are pointing fingers at the National Riffle Association, the president, or God.

Lucas Miles, the pastor of Oasis Church in Granger and the author of the upcoming book Good God: The One We Want to Believe In but Are Afraid to Embrace, says he often hears faith questioned during trying times.

“It’s understandable that people have questions in times of tragedy like ‘how could God allow this to happen?’” says Miles.

A question Miles says there may not be an answer to.

“What the bible teaches is that sometimes life just happens,” says Miles.

Miles says many people end up going one way or the other tragedy either brings them closer to their faith or turns them against it.

I asked local residents what they think—is prayer the answer?

“Without prayer we have nothing. We have no faith, and faith is everything to me,” said South Bend resident Ella Jennings.

“There’s a lot of people out here who don’t have anything so a lot of them have to hold on to faith,” said South Bend resident Kevin Jennings.

“It fixes the world by fixing you,” said Garth.

The opposing view was showcased on the cover of the NY Daily News this week with a headline that read “God Isn’t Fixing This.”

Miles says the answer may lie somewhere in between.

He believes that prayer alone won’t fix things, but it’s our actions inspired by our prayers that do the most good.

“Prayer is active it’s helpful, it’s personal it’s present. As people go into the hospital and their dealing with surgeries or their family is in crisis or things happen in our community we send people into those situations to really bring comfort, bring empowerment and ultimately we hope to bring change through the power of prayer working in our lives,” said Miles.

Miles explores the topic further in his upcoming book available for pre-order wherever books are sold. For more information, click here.