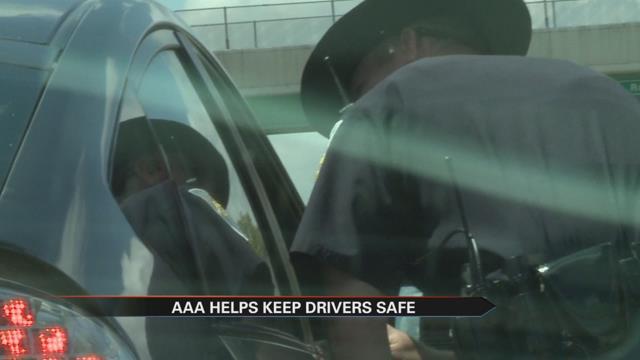 State police and traffic organizations are cracking down on drunk driving this holiday season. And they are doing all they can to keep people safe between now and New Year's.

The national "Drive Sober or Get Pulled Over" initiative is now underway. So expect to see more patrol cars out around Indiana and Michigan.

This traffic patrol blitz runs now through New Years Day. You can expect to see sobriety checkpoints and more troopers.

It's a dangerous time. According to the Highway Safety Commission, 40 percent of all alcohol related highway deaths are during this time period. That's the highest of any other point in the year. Officials at AAA are encouraging everyone to take the proper precautions. Especially since 16 percent of adults tell researchers they drink more than usual on the holidays.

"Make sure you have a safe ride home or a designated driver," said Beth Mosher with AAA Indiana. "Whether it is Uber or public transportation. A designated driver before you go out and celebrate."

Coming soon in 2017, the agency will be offering  what they call "Tow to Go." Basically, if you're too drunk to drive, AAA will tow you and your car home. South Bend is the first area in the region, and the entire state of Indiana, to get the service. And it could be life saving.

"It's a program we have run in other parts of the country," said Mosher. "It has been really successfully. We've taken a lot of drunk drivers off the roads. We are excited to bring it to the northern area of the country."

Details are still being worked out, but AAA says they expect to have Tow to Go in full operation by March.