Local police react to shootings of officers in Iowa 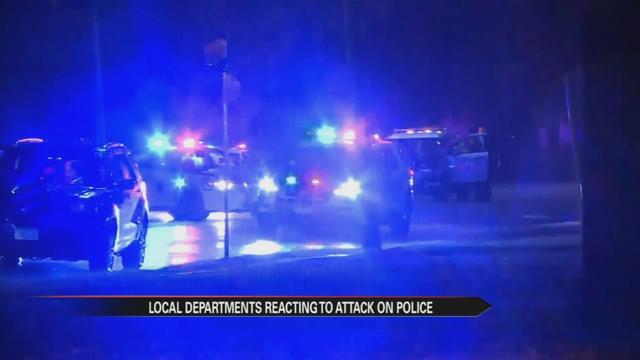 Both South Bend and St. Joseph County officers are saddened by Wednesday’s Iowa attacks on police.

“It’s something you never want to have happen,” Thompson said.

The two officers in Iowa were shot in their cruisers early in the morning.

“From first blush it seems like it was an ambush situation,” Thompson said.

Thompson says ambushes are one of the most unpredictable situations for officers.

“It’s not something you can truly prepare for although our training does a pretty good job,” Thompson said.

Hammer says sometimes all the training in the world can’t save officers in the line of duty.

“Anything can happen and you have to prepare on a daily basis,” Hammer said.

Given the news of many ambushes attacks on police this year, Thompson says there is discussion about preparing for these situations even more in law enforcement.

In the meantime, the city and county officers are staying up to date on the Iowa tragedy, and always staying prepared for anything locally.

“It really hits home for all of us,” Hammer said.