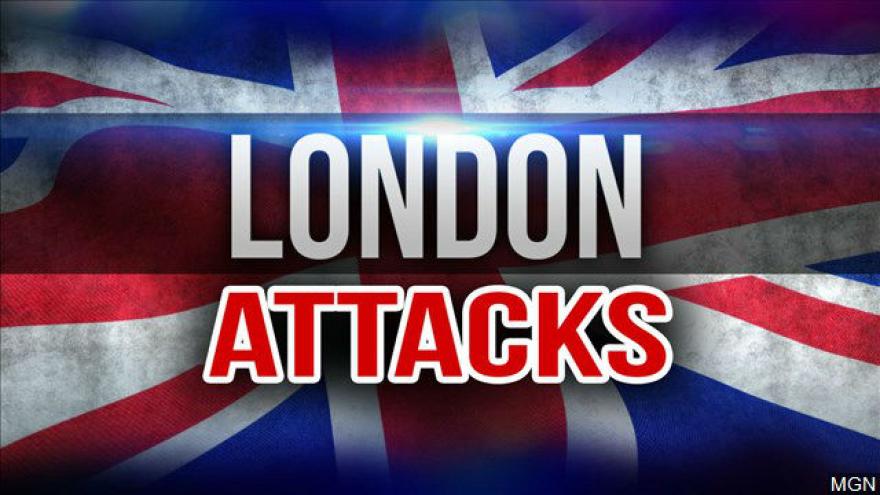 (CNN) -- London police are appealing for witnesses and information after suspects riding on a moped in east London threw acid on individuals in five separate attacks.

Police are treating all five incidents, which took place within around 70 minutes, as linked. Four of the attacks happened in the London borough of Hackey, and one other in Islington.

One suspect, described as a male in his teens has been arrested on suspicion of grievous bodily harm and robbery. He is currently in custody at an east London police station.

All five victims were taken to hospital, and police are awaiting an update on the condition of one other victim.

In at least two of the five incidents, the suspects stole the victims' mopeds. One of the other victims also reported a robbery.

In the first and fourth attacks, the victims reported being on their vehicles when a second moped carrying two male riders pulled up next to them. A corrosive substance was thrown in the victims' faces.

The attackers then split up, one riding the original moped and the other taking the victim's bike.

The inquiry is ongoing, a statement from the Met said.

Attacks on the rise

Corrosive acids are still quite easy to purchase from local, everyday stores around the UK.

Following one such attack in June, on 21-year-old aspiring model Resham Khan and her cousin Jameel Muhktar, a petition on Change.org demanding that the UK Parliament require individuals purchasing acid to hold a special license now holds almost 370,000 signatures.