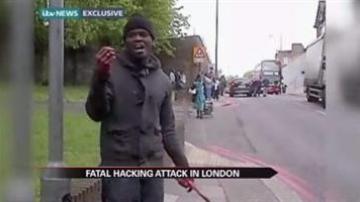 LONDON — British officials say the fatal attack on a man in London on Wednesday afternoon may be terror related.

Officials say that the attack may have been motivated by radical Islam.

In a video released by officials, one of the suspects is seen with blooding hands holding two knives.

Witnesses say the victim was first hit by a car and then attacked by two men with meat cleavers.

The victim is believed to be a British soldier.

Police shot the suspects. They were taken to the hospital for treatment.