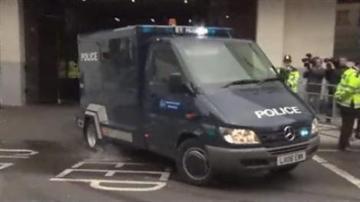 LONDON -- The British man charged with killing a soldier made his first court appearance Thursday just days after he was released from the hospital.

The man is charged with murder and unlawful possession of a gun.

Police say he killed the solider with a cleaver on a London street last week. He was later hurt in a shoot-out with officers.

Ten people have been arrested in connection with the murder.  Two were released without charges and six are out on bail.

The last suspect is still in the hospital.