Bitter cold, light snow showers and flurries will continue not just Tuesday but the rest of the week. Highs will struggle to break into the double digits, with overnights lows in the single digits and at times nearing zero. The bitter cold will keep roads slick, sunshine and salt have a hard time being effective with frigid temperatures. We’ll watch the weekend for another round of significant snowfall. 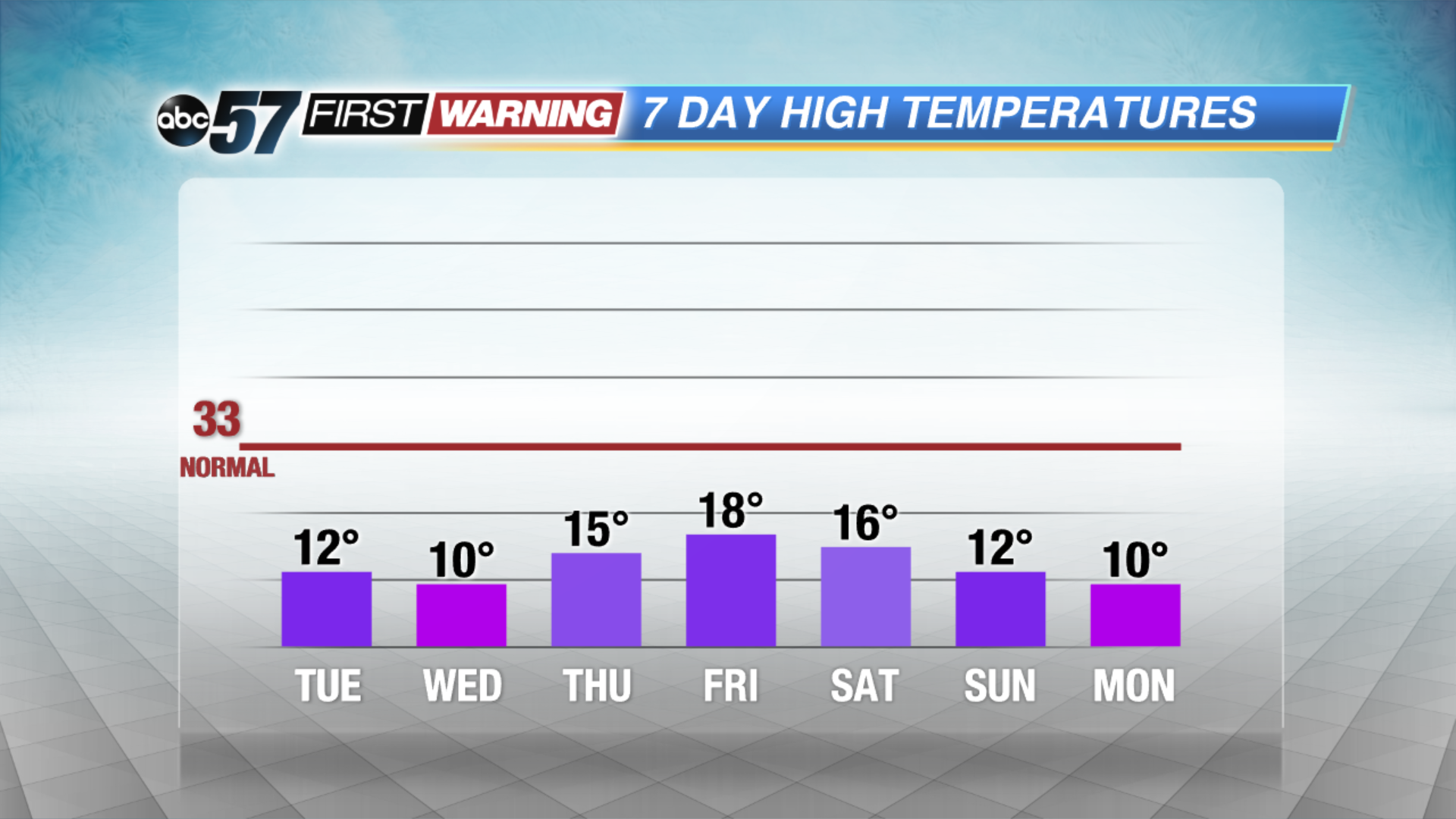 Tuesday: Mostly to partly cloudy and breezy with a chance of lake effect snow showers mainly in Michigan. High of 12.