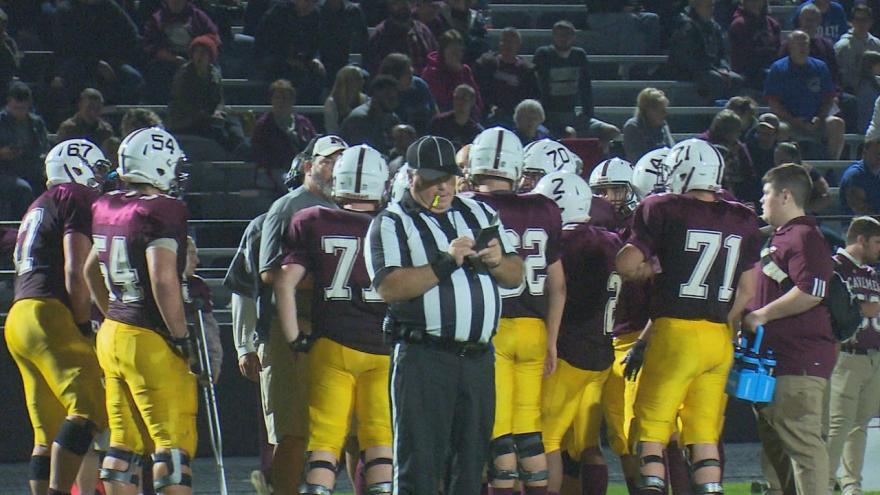 WARSAW, Ind. - The high school football coaching ranks endured a bit of a shakeup in Northern Indiana on Tuesday night.

New @Warsaw_Tigers head football coach Bart Curtis was introduced tonight after 10 years at Mishawaka. He replaces Phil Jensen, who tells me it was a “Great hire for the Tigers!"

Curtis, whose hire was approved at a special board meeting on Tuesday, moves to lead the Tigers after spending 10 seasons with the Cavemen.

At an introductory press conference that Warsaw streamed on social media, Curtis said the toughest part of the decision was leaving the school he called home for so long.

Excited for challenge with @WarsawTigerFB

While he moves to a new school, Curtis will be already be familiar with part of his new staff. His son, Michael Curtis is currently serving as the offensive line coach for the Tigers.

Even if we didn’t share a last name, I would still be thrilled to welcome this man to Warsaw.

I am excited to see the impact you will have on these young men. Welcome to the Warsaw football family, @cavemenfbcoach pic.twitter.com/G1D4voMXoC

Curtis fills a vacancy at Warsaw left by Phil Jensen, who retired from coaching high school football in December 2017. Jensen, the first Warsaw coach to lead the Tigers to a playoff victory, passed the 100-win mark in his career this past season.