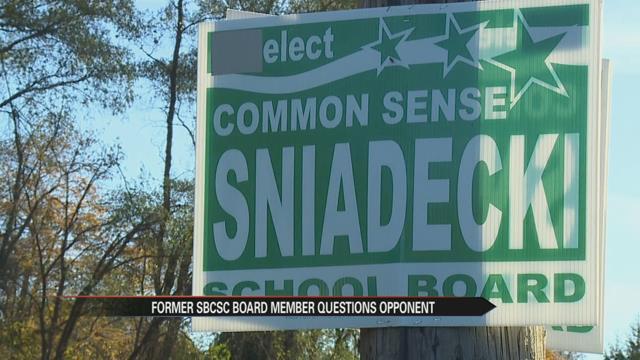 Tuesday’s election results will cause a shake up in the South Bend Community Schools board.

“No matter how mad I got, a previous superintendent told me one time make sure I always remember why I’m there, and that’s for the kids in the community,” said Sniadecki.

Sniadecki has served on school board for 12 years and was running for a fourth term.

“I spent 12 years, I dedicated my life, I feel honored and privileged that the people trusted me and I listened to them and I did what I had to do,” said Sniadecki.

Sniadecki says he is considering requesting a recount, he has two weeks to decide. He says he's incredibly hopeful of the districts future under the new superintendent and would have liked to have stayed on the board to see the positive changes.

Sniadecki says board members received an e-mail on Wednesday from the superintendent saying they were investigating an incident that happened last week involving Wesley.

Wesley was allegedly campaigning on school property, which is against the campaign rules. The e-mail says she was handing out pizza at the transportation garage.

When she was asked to leave, she allegedly refused and threatened a school employee.

A representative from the district told ABC 57 News the matter has been resolved.