Looking at smoking ban impact ahead of Super Bowl 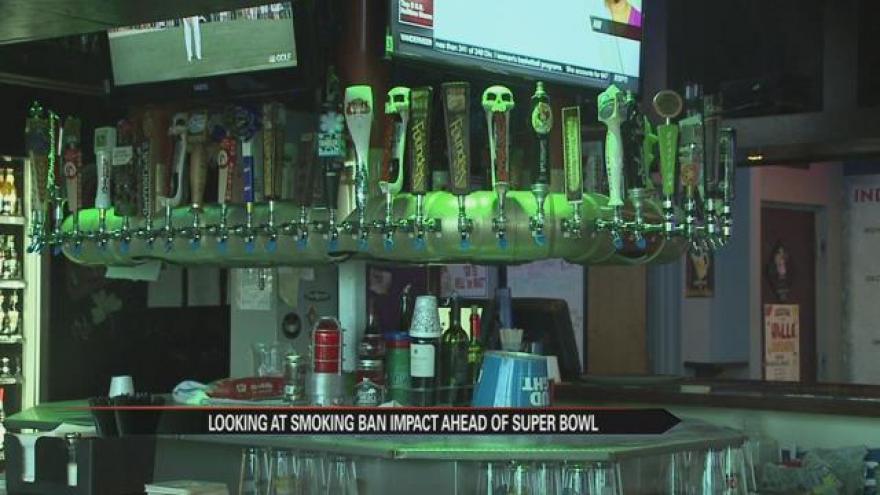 We are a month in to South Bend’s smoking ban and with the Super Bowl on the horizon, we wanted to know how businesses are doing ahead of the big game.

This weekend is supposed to be one of the biggest days for business for Kelly’s Pub but the Pub’s owner says he doesn’t expect this Sunday to be different from any other one.

“We used to anticipate once a month good business but we don’t anymore, I don’t feel like we’re going to have any kind of business anymore, nothing special Valentine’s Day, St. Patrick’s Day nothing special we get a different clientele than most restaurants do,” said Don Kelly, owner of Kelly’s Pub.

The clientele Kelly is talking about has just about disappeared.

For 11 years, Kelly has owned the pub on Mishawaka Avenue, but since the city smoking ban went into effect last month, he says business is down 40 percent.

And in Mishawaka, restaurants like Galley sports Pub are benefiting with new and extra customers.

One of those customers says the smoking ban is really no big deal.

“I don’t think it makes a difference because people that do smoke they can go outside a lot of people come here smokers go outside to have cig again I think it should be whole St. Joseph County ban,” said Sandy Westphal, Galley Sports Pub patron.

The owner of Kelly’s Pub says he thinks it’s likely his bar will be out of business within a year.