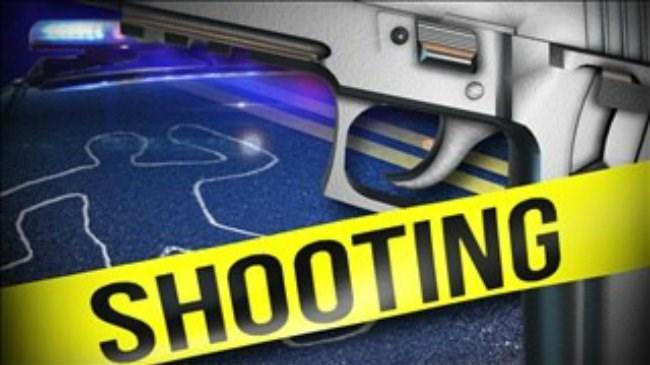 (CNN) -- Los Angels police shot and killed a 14-year-old boy after he shot at the officers, police said Wednesday.

The department's gang unit was investigating a vandalism call in a neighborhood east of downtown around 5:35 p.m. Tuesday when they encountered two youths. One ran off and two officers pursued, police said.

"According to a witness who saw the subject running from the officers, the witness saw the subject shoot a handgun in the direction of the pursuing officers," said LAPD Deputy Chief Robert Arcos during a news conference. "While the loss of life is always tragic, it is particularly so when the loss involves a youth."

The teenager, identified as Jesse James Romero by the Los Angeles County Coroner, was pronounced dead at the scene. The other suspect did not flee police and he was questioned and released.

Neither officer was harmed, but they heard a gunshot as they were rounding the corner, Arcos said. One of the officers then fired back and killed Romero, Arcos said.

Investigators will examine the gun for fingerprints and DNA, and review the video from the officers' body cameras, he said.

Arcos said the vandalism was related to gang activity, but he stopped short of saying Romero was in a gang.

While holding back tears, Romero's mother said her son was a good kid and she has no idea why police shot him to death.

Police shootings have come under greater scrutiny nationwide, including in California, after videos raised questions about the legitimacy of some shootings and other video evidence has helped exonerate officers.

Many police departments have responded by having officers wear body cameras to have a more complete picture of shootings when they occur, rather than relying solely on officer or witness testimony.

In January, Los Angeles Police Chief Charlie Beck recommended charges against an officer in the killing of an unarmed homeless man after viewing videotape of the shooting at Venice Beach, KABC reported.

But two days ago Black Lives Matter protesters dropped off a petition at Los Angeles City Hall urging Mayor Eric Garcetti to fire Beck after the Police Commission ruled that an officer's killing of a woman was justified under policy, KABC reported.

The protesters, who have been camped out in front of City Hall since early July, say Beck has supported an officer who shot to death 30-year-old Redel Jones in an alley. Police say the Jones moved toward the officer with a knife, and say the officer had pursued Jones into the alley because she matched the description of a robber of a nearby pharmacy.