Lost book discovered from 'Where the Wild Things Are' author 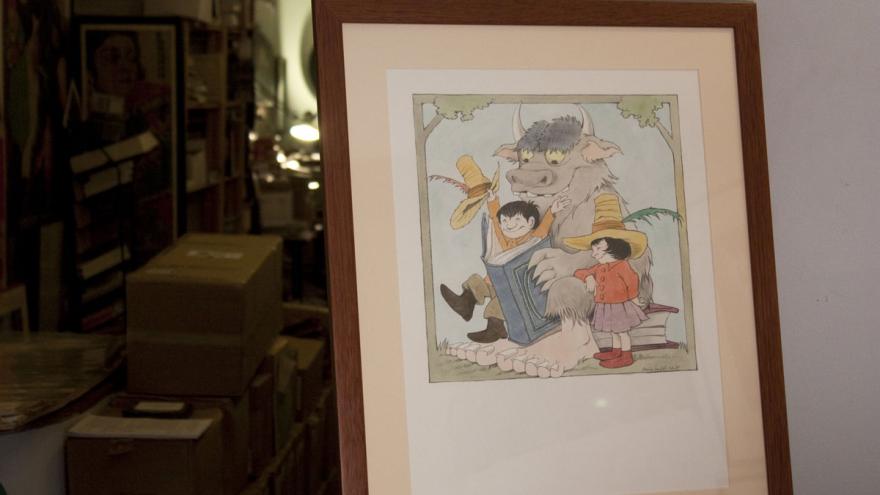 (CNN) -- Five years after his death, acclaimed children's book author Maurice Sendak is giving readers another gift: a new book, discovered in his home and set for release next year.

Sendak is known for his beloved story, "Where the Wild Things Are," published in 1963. The author illustrated nearly 100 books over 65 years, before his death in 2012.

The unpublished manuscript, "Presto and Zesto in Limboland," was a collaboration with Arthur Yorinks, another children's book author and Sendak's longtime friend. It was found almost two years ago by Lynn Caponera, Sendak's caretaker for 40 years and the president of his foundation, while she was sorting through the author's files and archives.

"I just thought it was really wonderful to find it," Caponera said. "It was sort of like bringing Maurice back in the house."

The story behind the story

Sendak first drew the 10 illustrations contained in the book for the London Symphony Orchestra in 1990. Each picture represented a different Czech nursery rhyme featured in the orchestra's performance. The drawings were used again for another performance seven years later.

It was around 2000, Yorinks said, that the two sat down and started thinking up a story to tie the pictures together. The men were old friends and, at that point, neighbors, so they spoke almost every day, he said.

"They were such gorgeous pictures that I thought, well, they could easily become a book," Yorinks said.

At first, they were just having fun.

"But that ended up turning into a real narrative, to our surprise," Yorinks said.

That narrative was, in some ways, a story about Yorinks and Sendak's long friendship. Presto and Zesto are two friends who "have to deal with a crazy, mixed-up world," Yorinks said.

The two find themselves stuck in Limboland, and the only way out is to get a wedding present for two sugar beets. Presto and Zesto set off to find the perfect gift, a set of bagpipes from a Limboland monster.

The names Presto and Zesto are also an homage to the authors' relationship. After living in New York, Sendak moved in the early 1970s to Connecticut, and Yorinks moved to a nearby town. Sendak thought it would take Yorinks about a half hour to drive to his new place, but his friend arrived in three minutes.

"He said it was like presto, like magic, and that nickname kind of stuck," Yorinks said. Naturally, he needed a similar nickname for Sendak, so he called him Zesto.

Sendak and Yorinks went back and forth on the story for a few months, collaborating and creating together as they had with two other children's books. They finished the manuscript, and of course, the illustrations already were done.

But both were busy with theatrical projects at the time. So they put "Presto and Zesto" away, intending to get back to it at some point.

When Caponera unearthed the story, Yorinks said he was in "total joy."

"I not only got to remember those days and remember our friendship, but it was a book that even when we first created it, we knew that it was worthy to be published," he said.

Years later, the book is no longer just an homage to their friendship -- it's become a tribute to Sendak and his work.

"He would have just adored the idea of putting this out," Yorinks said. "He really would've just been jumping for joy."