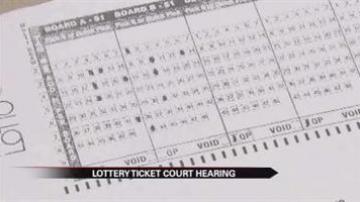 LAWRENCE, Ind. — A woman who won $9.5 million in the Hoosier Lottery has asked a judge for a temporary injunction so she can cash the ticket.

The woman's coworkers at a Lawrence, Indiana hair salon took Christy Shaw to court. They claim the winning lottery ticket was part of the office lottery pool.

Shaw claims that the ticket was one she bought for herself, not part of the group.

A judge is expected to make a decision on Shaw's request next month.