Louisiana residents start to dry out after heavy rains 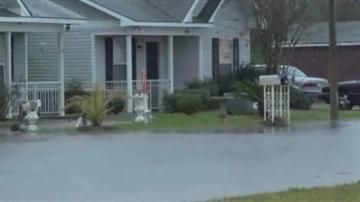 LOUISIANA — Some folks in Louisiana are trying to dry out after heavy rains flooded several communities.

State police were forced to shut down many major highways because of drivers daring to try to get across flooded roadways.

One man said he had to leave in the middle of the night.

"I can't get into my house, I can't get out," said Harold Duffy. "Two o'clock this morning, me and my wife had to grab what we could, get the vehicles out before it gets under water."

On Thursday, Governor Bobby Jindal declared a state of emergency in the wake of the extensive flooding and severe storms.