Made in Michiana: Da-Lite 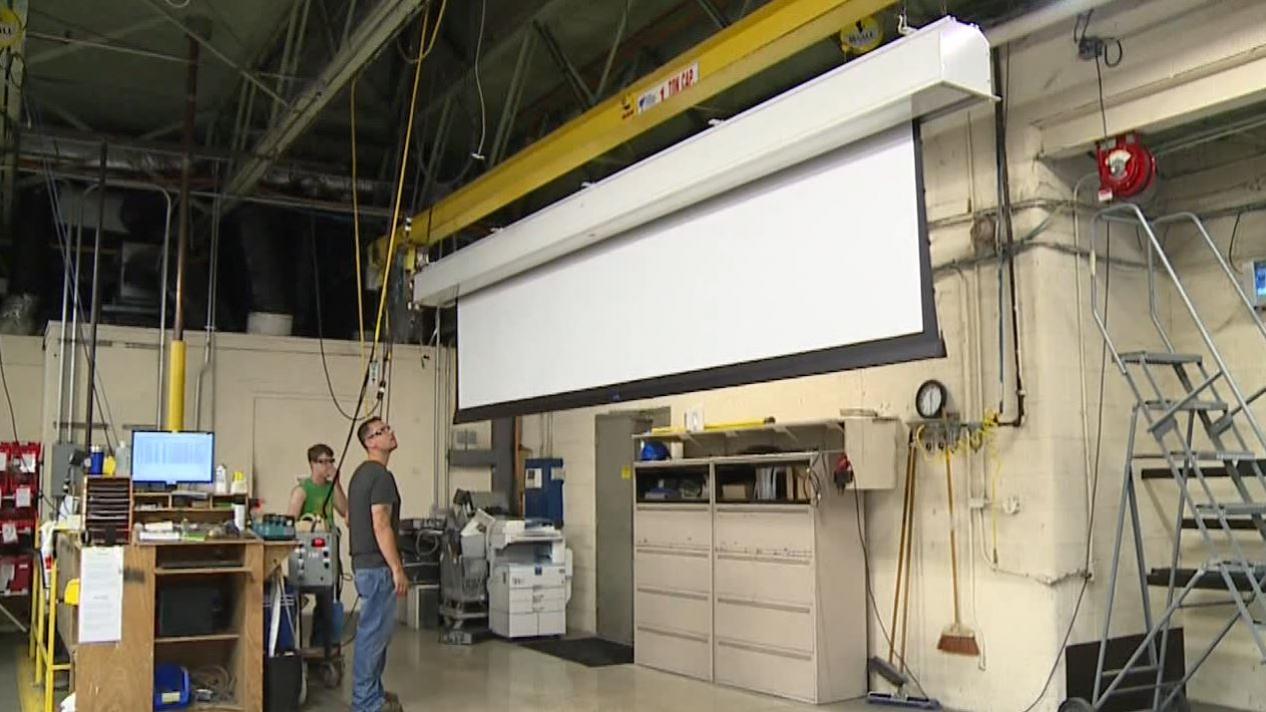 For more than 100 years Da-Lite has been leading the way in projection screens.

Its Warsaw warehouse is now home to 300 employees, but the company's humble beginnings go all the way back to Chicago during the industrial revolution with the birth of the silver screen.

"Our focus has always been projection surfaces and we were actually founded by a female who was experimenting with silver paint and invented the first silver screen," said Senior Marketing Manager Melissa Rone.

That woman was Adele Da Berri. She founded the company in 1909 at a time when it wasn't even legal for women to own a company.

"The company grew very quickly," said Rone. "It was originally Deberry screen company because the surfaces showed like daylight they changed the name to Da-Lite. They grew quite a bit I would say through the twenties and the fifties is when they outgrew their operation and had to move to a new location."

That new location was Warsaw, Indiana where the family had ties to Lake Tippecanoe. Since then the company has continued to grow and improve its product.

"What makes Da-Lite special is that we actually have an in house team of chemists that's formulating surfaces specific to projection," said Rone. "A lot of the surfaces just look like a white screen, but there is actually quite a bit of technology in them as well as the housings they go in."

The focus has clearly always been on quality, but they are also focused on being a green company.

"Everything is recycled and reused," Rone added. "Anything that can't be recycled or reused goes to a waste to energy facility in Indianapolis and is turned to energy that heats and cools the downtown loop. So as far as sustainability goes it is a very environmentally friendly organization."

Rone says you would be hard pressed to find anyone in the country who hasn't watched at least something on a Da-Lite screen.

"I would say that anyone that's gone through the education system has definitely seen a Da-Lite screen," said Rone. "You see a lot of them in houses of worship. If you've watch a lot of awards shows you've probably seen one of our screens at some point."

Some of those are pretty impressive like this massive custom built screen. It was so large it had to be assembled in an off-site warehouse.

"That one was a lot of fun. It was about 25 feet tall, 140 feet wide, but that was one that was private. We weren't allowed to know where it was going," said Rone.

Despite where they go they are all made right here in Michiana.