Made in Michiana: Surestep 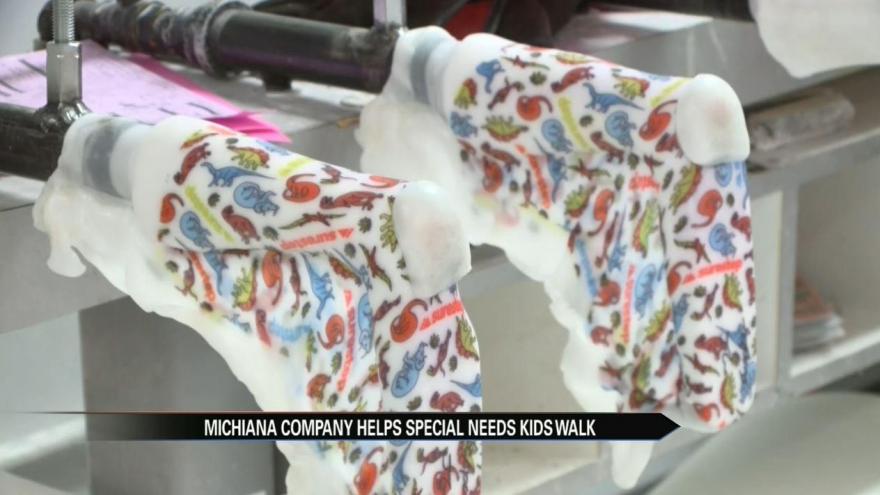 Our Made in Michiana week continues with a South Bend company that is changing the lives of children all over the world. It's called Surestep and for the last 17 years the company has been helping thousands of special needs kids take their first steps and so much more.

"People ask me what I do and I get to help kids walk," said CEO Bernie Veldman. "How cool is that? It's a really great thing to be a part of."

"We manufacture and fit and design anything that goes outside of the body," said Veldman. "So a brace that would go on the foot or the leg or if you've ever seen an infant with a helmet on their head."

His cutting-edge design has increased the accuracy of the fit and the speed at which their made.

"We talk days, where other labs talk weeks," said Veldman.

Gone are the days of spending hours and hours with heavy plaster molds. In their place are machines like the 7-axis carver that can make a foam mold of a human trunk in only 8 minutes.

"If somebody calls something in at 6:00 tonight and says I got to have it tomorrow morning -- it will be at the UPS store before they close at 8," said Veldman. "I can promise. It will."

Surestep doesn't just focus on speed -- accuracy and quality are of the highest importance.

"There's a quality control step after each phase of fabrication," said Veldman.

The company is also home to one of the largest green screen studios in the U.S. and it's used to measure the progress of children outfitted with Surestep.

It's just another way Surestep aims to bring the best quality to its customers and to have kids walking better than most parents could have ever imagined.

"It feels good to be in an industry and to be part of a company whose only mission is to help other people," said Veldman. "When you hear these stories when you get these thank you cards or these teary sort of love letters that say -- you changed my life, you changed my child's life."

As Veldman looks to the future, he says he's already working new technology to hopefully help even more kids.

"We've got a couple of products that we're working on in the pipeline now that we see as being the next big thing," said Veldman.

One thing he knows for sure is the next big thing will also be made in Michiana.