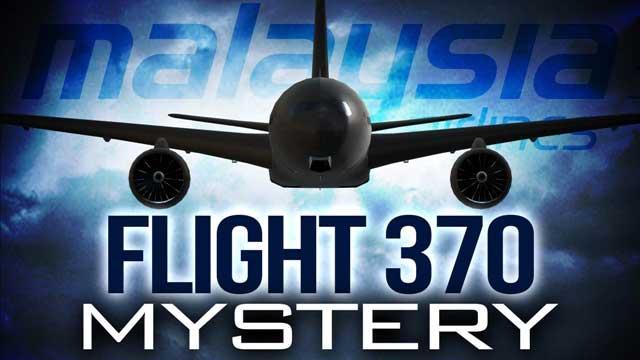 Editor's note: What happened to Flight 370, and will we ever find it? Watch "Vanished: The Mystery of Malaysia Airlines Flight 370" Tuesday at 9 p.m. ET.

HONG KONG (CNN) -- Two hundred and thirty-nine people boarded Malaysia Airlines Flight 370 on March 8, 2014 with nothing more than the anticipation of a quick transit across the Gulf of Thailand, then Thailand, Vietnam and onto China -- home to the majority of those on board.

Some took photos of the aircraft parked at its gate in Kuala Lumpur ahead of departure. These usually prosaic shots take on a ghostly quality in this context.

A routine flight, operated by a trusted flag carrier.

Then a deafening silence that has lasted a year.

Malaysia Airlines had been synonymous with nothing more than competitive fares and a sizable aviation network across Asia and beyond. But following the tragic -- and perplexing -- disappearance of the Boeing 777-200ER, it has now become shorthand for one of the biggest aviation mysteries in history.

The perceived wisdom is that the plane lies at the bottom of the southern Indian Ocean, somewhere along the so-called "seventh arc." But the waters are deep here, the ocean unforgiving. A concerted effort -- which now involves four vessels combing the depths, has so far revealed no concrete evidence of the plane's whereabouts.

Those conducting the search say that they are positive that they will find the plane -- with one important caveat: If they are looking in the right place. Confidence in the seventh arc ranges from the very certain to the incredibly skeptical.

Finding the plane is hugely important, not only for the peace of mind of the scores of people who lost someone on board, but to make sure that this sort of mystery is a unique event.

"Without knowing what caused it, you can't fix it, you can't make sure it doesn't happen again," says CNN Safety Analyst David Soucie. "And I think that's really the biggest tragedy of this, if they don't find the airplane."

Grieving without a body

The families tell reporters that there isn't a day that goes by that they don't think about where their lost husbands, wives, relatives and friends could be.

The beleaguered airline, which suffered criticisms from day one about its handling of the data, the leads and above all, the relatives, has now conceded that there is no significant chance of finding any survivors. Some of those left behind lambast them for taking away all hope, despite the absence of any evidence to support this.

To grieve without a body, without truly knowing what became of your loved ones must be torture. But the sad reality is that there is very little chance that the theories that suggest the plane's final resting place is the Indian Ocean are wrong.

Certainly this conclusion, which has allowed Malaysia Airlines to initiate compensation packages for the families of those on board, draws a line under any hope that the plane -- and its passengers -- will be found intact.

2014 was a grim banner year for aviation disasters and, by a cruel twist of fate, Malaysia Airlines was at the heart of the two most publicized. It may be a long shot, but for the benefit of all those involved, hopes are pinned on definitively closing the book on the mystery of Malaysia Airlines Flight 370.