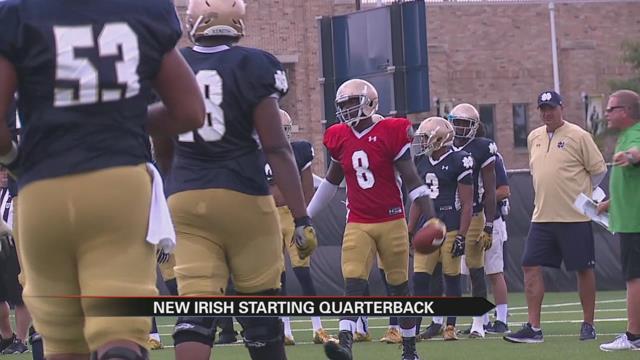 The college football season officially started with media day at the University of Notre Dame on Tuesday.

Malik Zaire is taking the reins from Everett Golson, who transferred to Florida State.

The dual threat junior has given Irish fans hope after a stand out performance in last season's Music City Bowl. But despite scoring twice on the SEC's top defense in LSU, Head Coach Brian Kelly says there was still room for Zaire to improve.

"I think all of the things that Malik had coming into the season in terms of mechanics were all correctable," said Coach Kelly.

Now with an offseason of first team reps under his belt, Zaire can already see aspirations becoming reality.

"At the end of the day when we make it happen it's going to be a dream come true but we know it's not going to be easy."

There will be some relief for Zaire. He's got a stable of receivers, backs and linemen returning. And we'll get our first chance to see how he handles the offense on September 5 against Texas.