Man, 72, fights off crocodiles with spanners and spark plugs 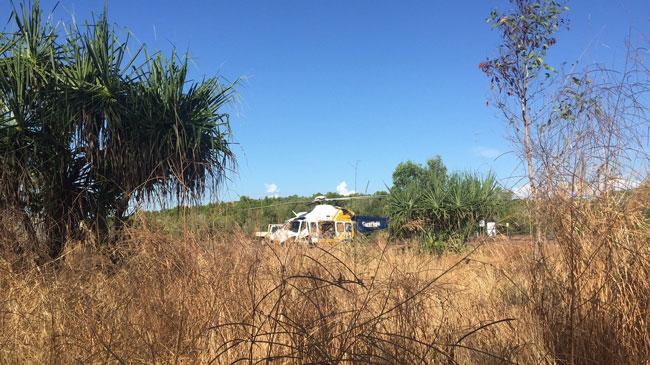 By Claire Moran for CNN

(CNN) -- A 72-year-old man in Australia has been released from hospital after battling multiple crocodiles with spanners (or wrenches as they're known in the U.S.) and spark plugs.

The man and his friend were crabbing while on vacation near Darwin in the North Territory. The two retirees were leaning over the edge of their boat to pull up their crab pots when a saltwater crocodile nudged their boat and capsized it.

"Saltwater crocodiles are serious. They're big animals, powerful animals." said Ian Badham, the director of CareFlight, an aeromedical charity that contributed to the survivor's rescue.

Both of the men tried to climb onto the capsized boat, Badham said. One of them drowned in the process.

The survivor hit one crocodile on the head with a spanner and took spark plugs from the boat's outboard motor to throw at other crocodiles that also attacked the boat. Badham said the man didn't say exactly how many crocodiles there were. His boat was only about 10 feet long.

The survivor was eventually able to take shelter among mangroves.

After the three-hour ordeal, a group of professional crabbers found the 72-year-old in the mangroves and rescued him. Badham said rescuers rarely went into that area, but decided to do so on a whim.

Badham said the retiree was exhausted and suffering from exposure and severe shock when CareFlight picked him up. He was taken to a hospital and has since been released.

Badham said people from all over the world vacation in Australia's remote northern regions, but some don't know the dangers that various animals in the region can pose.

"Unfortunately, every so often one of these things happens and we remember that they're not just stories," Badham said.