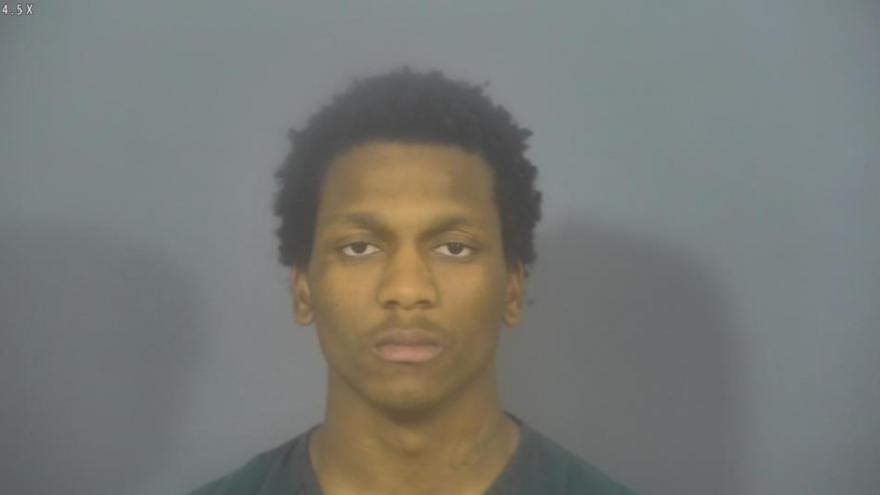 ST. JOSEPH COUNTY, Ind. – One man is facing charges for alleged criminal recklessness and carrying a handgun without a license for an incident that took place in March, according to the probable cause affidavit.

A witness reported that on March 19, 2021, she was inside her residence on South Camden Street in South Bend along with three other people including the alleged suspect, Darrius Agnew.

The witness then told Agnew to leave her house because she doesn’t allow firearms in the residence and because a week or so prior, Agnew had again discharged a firearm inside her residence, according to court documents.

When told to leave, Agnew became violent, ripping the stairway bannister off the wall and ripping out the window air conditioning unit, according to the probable cause affidavit.

Agnew then left the residence.

Another witness said they then saw Agnew, while Agnew was standing on the public street, pull a black semi-automatic firearm with a red laser from his waistband, point the firearm northbound down Camden Street towards Western Avenue at a slightly upward angle, and discharge the weapon, court documents said.

Agnew then left the scene, according to the probable cause affidavit.

These events occurred at approximately 11:47 a.m. and the area in which Agnew allegedly discharged the firearm was a public street surrounded immediately by residences and with open business establishments less than a block away, court documents said.

A check of Agnew’s identification information through the Indiana Bureau of Motor Vehicles indicates that Agnew does not have a valid Permit to Carry a Handgun, according to court documents.

Shotspotter Technologies documented the gunshot allegedly fired by Agnew happened in the area of South Camden Street at 11:46 a.m.

Officers also found two spent .40 casings: one in the basement of the residence where Agnew allegedly discharged the weapon and one in the street where Shotspotter Technologies indicated a firearm was discharged and where the witness saw Agnew discharge the weapon, court documents said.

The South Bend Police Ballistics Lab gave a preliminary report that indicates the spent casings found in the basement and the street were both fired from the same firearm, according to court documents.