Man accused of domestic battery on a 2-year-old 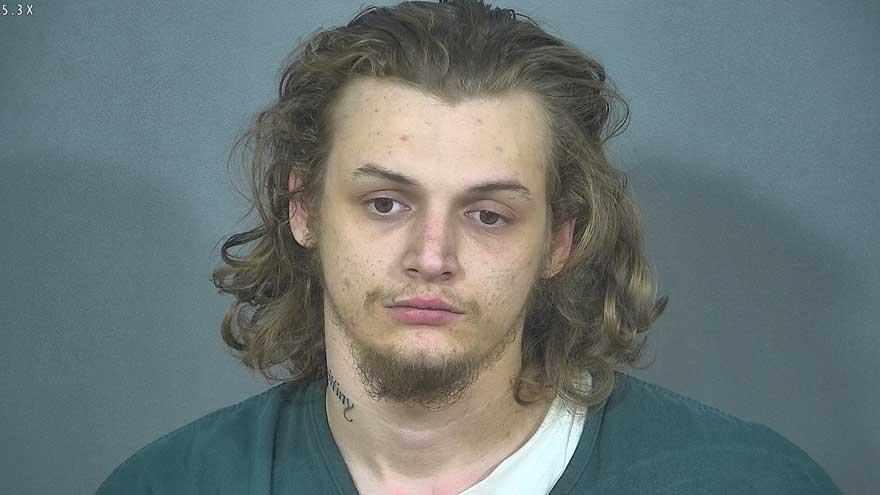 ST. JOSEPH COUNTY, Ind. -- A man was arrested on a domestic battery charge after suspicious bruising and cuts were discovered on a 2-year-old, according to court documents.

Alexander Bell, 22, has been charged with one count of domestic battery on a person less than 14 years old. Bell is the boyfriend of the child's mother, reports said.

On January 6, the toddler's mother dropped him off at his grandmother's home.

The grandmother took the 2-year-old to the hospital after finding bruises on his stomach, back, a bite mark on his arm and bruises and scratches on his face, reports said.

When she dropped off the child, the mother told the grandmother the scratches on the child's face were caused when Bell opened the child's mouth to save him from choking on food, reports said.

The mother also told the grandmother the bite mark was caused by the child's 6-year-old brother.

At the hospital, a nurse told investigators the bruising on the child's face was consistent with a slap, but were unable to determine if a child or adult caused the bite mark.

Hospital staff members were so concerned about the child, he was admitted.

During the investigation, the toddler's brother was interviewed at the CASIE Center. He denied biting the toddler.

The mother told investigators the bruising on the child's face was caused when Bell tried to keep the child from choking.

Bell told police he didn't recall biting the child, but if he did it was an accident.

In explaining the bruising and swelling in the groin area, Bell said while changing the child's diaper he grabbed the child to prevent him from squirming around, reports said. He said he might have used too much pressure. He said he is "pretty strong" because he works on cars, according to the probable cause affidavit.