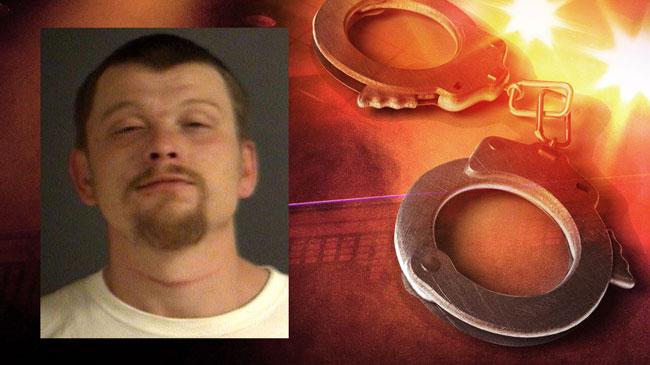 A man was arrested after allegedly hitting his ex-girlfriend's new boyfriend with a baseball bat, according to the probable cause affidavit filed in St. Joseph County.

On December 3, two South Bend Police officers were called to 3425 Lincoln Way West in regards to a fight.

According to the investigation, Don J. Scott told police he saw his ex-girlfriend in a Saturn at the gas station, then pulled up next to the Saturn because he wanted to talk to her.

He said when he got out of the truck, he got into a fight with her new boyfriend.

The ex-girlfriend told police she broke up with Scott two weeks ago and he hasn't been handling the break up well. She said earlier in the day Scott had tried to run her new boyfriend over with his truck, reports said.

She told police she, her boyfriend and another person were in the vehicle when they stopped at the gas station for gas.

She said Scott pulled up next to them and began cursing at her.

The probable cause affidavit states the woman told police her boyfriend was outside of the Saturn when Scott got out of his truck with a baseball bat and asked her new boyfriend, "What's up [expletive deleted]?"

The two men then began to fight. Scott allegedly struck the woman's new boyfriend with the baseball bat. One of the officers witnessed Scott striking the man with the bat, reports said.

Scott was arrested and charged with one count of battery by means of a deadly weapon.

He was already on bond for residential entry and theft, according to the probable cause affidavit.