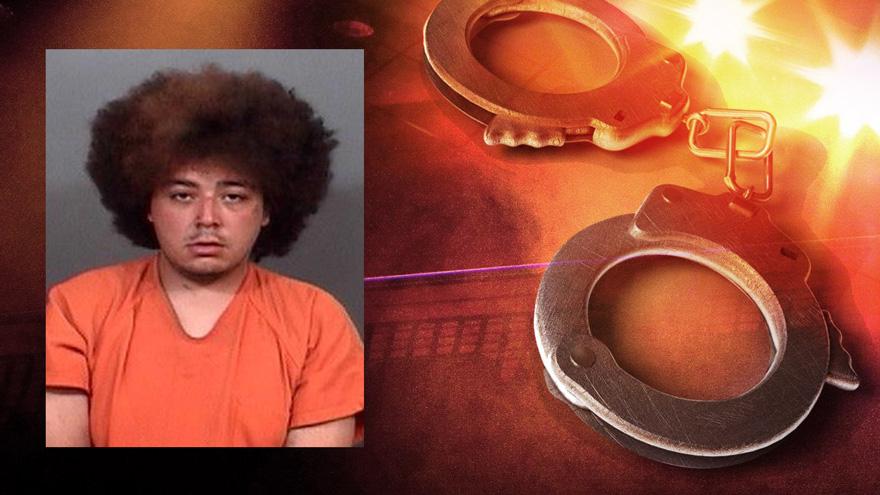 ST. JOSEPH COUNTY, Ind. -- A customer at the Kroger on Ireland Road is accused of stealing merchandise, striking two employees, and attempting to steal a man's moped, according to court documents.

Around 3:30 a.m. on June 15, South Bend Police responded to the Kroger on E. Ireland Road in South Bend for reports of an unwanted person.

Employees noticed James Dickerson at the self-checkout lane. Employees told police Dickerson pressed the pay with credit card button but did not insert a card into the machine. He then picked up his merchandise and attempted to leave the store, according to the probable cause affidavit.

An employee put her hand on the bag and told Dickerson he had to pay for the items.

The two struggled, and Dickerson allegedly grabbed the employee's arms and shoved her.

A second employee told Dickerson he had to leave.

Dickerson said "no" and began calling the employee names.

Dickerson kicked over a sign while his way out the door, reports said.

Once outside, Dickerson allegedly grabbed the second employee by the shirt and shoved him, according to the probable cause affidavit.

As Dickerson walked away, he came upon a man who was wearing a backpack.

Dickerson demanded the backpack. When the man refused to hand over the backpack, Dickerson slapped the man, then got on the man's moped as though he was taking it. Then Dickerson got off and walked away.

The victim with the backpack flagged down officers and told them Dickerson was at the gas station.

At the gas station, officers found Dickerson and detained him. They said they found chips, an electronic accessory cord and a plug in wall charger, all from Kroger, in his possession.

Dickerson was arraigned on Monday and is due back in court on June 26 for an initial hearing. He is being held on a $4,500 bond.