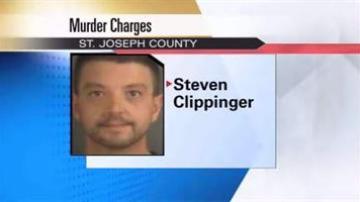 SOUTH BEND, Ind. -- A man accused of killing his brother and sister-in-law in June has been formally charged.

Steven Clippinger is charged with two counts of murder and one count of possession of a firearm as a felon.

His trial is set to start in January.