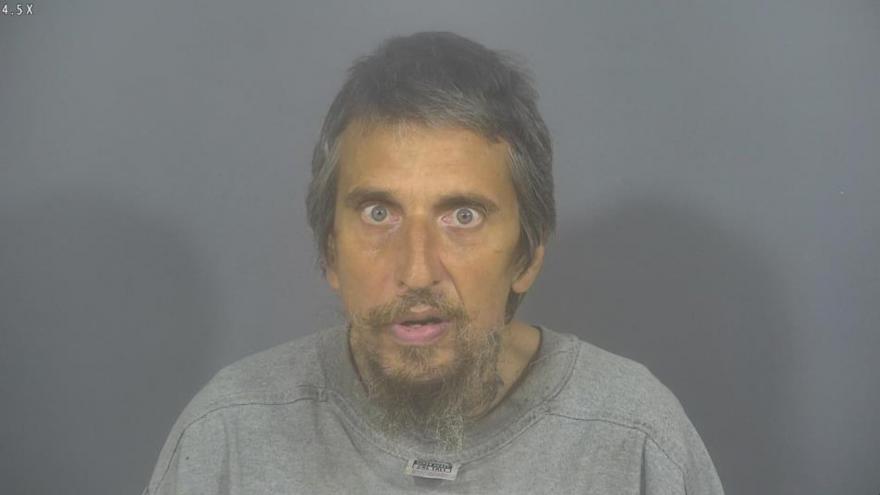 ST. JOSEPH COUNTY, Ind. – A man was arrested after he allegedly lit a building manager’s vehicle on fire, according to the probable cause affidavit.

On July 20, 2020, the South Bend Police Department was informed that a 2006 Pontiac Vibe was destroyed by fire while parked on West Riverside Court.

No one was in the vehicle.

Security footage captured a man, later identified as John Schwind, leave his apartment on West Riverside Court, approach the vehicle, and then walk away.

The vehicle was in flames after Schwind walked away from it, according to reports.

No one else was seen near the vehicle just before the fire.

According to surveillance video, at 9:33 p.m. that night, Schwind can be seen leaving his apartment carrying a tan-colored piece of luggage.

He then places the luggage in a dumpster near where the victim’s vehicle is parked.

At 9:45 p.m., Schwind walks back inside his apartment and two minutes later, he leaves it again carrying what looks like a blanket.

He walks directly to the victim’s vehicle and is at it for less than a minute before he walks away and heads toward a picnic table, reports said.

The table has a direct line of sight with the vehicle.

At 9:50 p.m., the first flames can be seen coming from underneath the vehicle, near the vehicle’s front end.

Schwind walks inside the building at 10:01 p.m.

The South Bend Fire Department gets to the scene at 10:33 p.m.

The victim told police of a possible motive Schwind had for the arson, reports said.

According to the victim, a homeless woman had been frequenting Schwind’s apartment and the two had been involved in several arguments that eventually needed police intervention.

The woman was then banned from the property.

The victim is the manager of the building Schwind lives in, which is operated by Oaklawn.

Over the following weeks, Schwind was angry and blamed the victim for what happened with his friend, reports said.

Schwind can be mentally unstable and unpredictable, according to court documents.

A detective made this observation when he interacted with Schwind.

Schwind became angry and belligerent and allegedly threatened to run over the detective, though Schwind does not have access to a vehicle.

Schwind would not be interviewed without an attorney and would not give a statement as to his involvement in the fire, according to court documents.

Investigators believe Schwind ignited the blanket after putting it under the victim’s vehicle and the flames spread to the vehicle.

The vehicle was a total loss from the fire damage.

The vehicle had a value of approximately $4,100 before the fire.

A warrant for Schwind was issued on July 30 and served on May 6.

Schwind was arrested on the charge of arson.