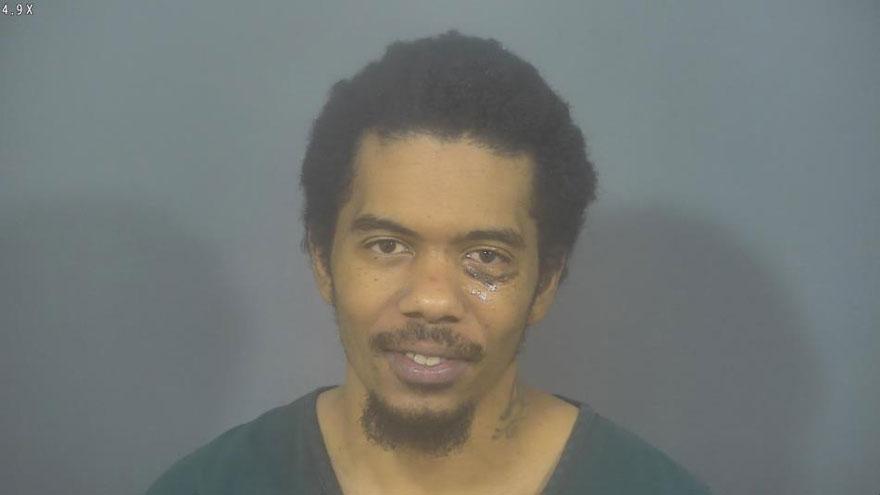 ST. JOSEPH COUNTY, Ind. -- A man was arrested for allegedly pointing a gun at three teenagers because he was upset with them, according to court records.

Alex McKinney has been charged with three counts of pointing a firearm.

On December 13, South Bend Police were called to the 1800 block of Irish Way for reports of a person being chased by a person with a gun.

While en route, police were told the victims were at a nearby grocery store.

Police arrived and located two teenagers who were not wearing shoes despite the cold weather.

The teens told police McKinney had pointed a gun at them and a third teen who remained at the home, reports said.

Two of the victims are McKinney’s children and the third is a cousin of the children, police said.

The teens told police, they were all in a bedroom talking when McKinney entered the room believing two of the teens were acting inappropriately.

He then threatened to kill them and himself, then pulled out a gun and pointed it at the teens, according to the probable cause affidavit.

McKinney also allegedly made comments that he was crazy, the devil and Satan, reports said. He then began tearing up the bedroom and punched a hole in the door, according to the probable cause affidavit.

One of McKinney’s children and the cousin fled the home and went to the grocery store for help, while the other teen remained in the home.

The teen who remained at the home told police McKinney left right after the two teens left and feared he was searching for them, reports said.

While police were investigating, McKinney returned to the home.

McKinney admitted he was upset with the children but denied pointing a firearm at them, denied threatening to kill them and denied trashing the bedroom, reports said.

McKinney admitted to punching a hole in the door and having a handgun on him while speaking with the teens, according to the probable cause affidavit.

Inside the vehicle they located a loaded handgun, police said.

McKinney admitted the handgun was his.