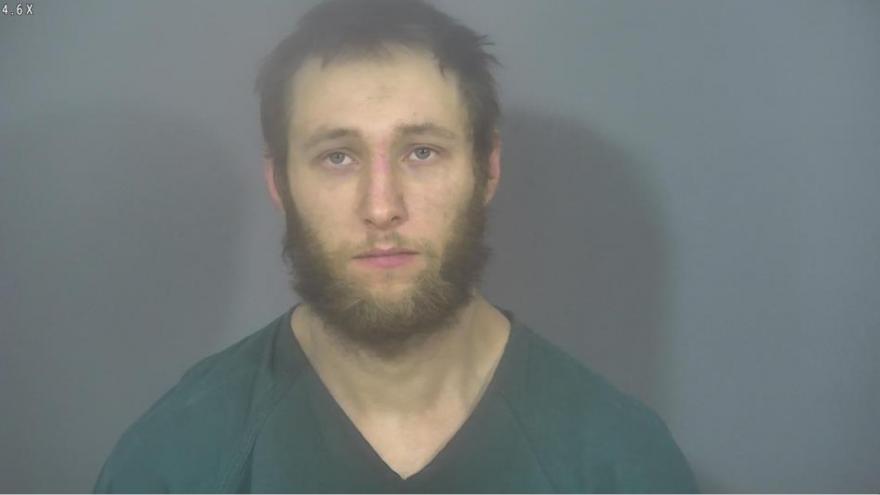 ST. JOSEPH COUNTY, Ind. – A man was arrested on Tuesday for allegedly stealing a trailer and leading police on a chase in Osceola, according to the probable cause affidavit.

Deputies with the St. Joseph County Sheriff’s Department were called to the 54000 block of Columbia Bay Drive for a report that a dark-colored truck was trying to drive away with a construction trailer.

When police arrived, they saw a man, later identified as Justin Good, near the trailer.

As they approached, the lights of a 1998 maroon Oldsmobile Bravado turned on and the vehicle accelerated backwards before driving away from police.

The Bravado continued north until it ran off the road and got stuck in the snow in front of a residence a few houses down.

Good then allegedly got out of the Bravado and ran east through yards, reports said.

Deputies yelled for Good to stop but he allegedly continued to run until they caught up with him in the backyard of the residence he originally got the Bravado stuck in, according to reports.

Deputies discovered the trailer was owned by a siding business. The owners inspected the trailer and said nothing was missing but multiple tools were moved from a storage box to a trash bin at the front of the trailer.

Video footage captured by a camera inside the trailer showed Good enter the trailer and knock the camera to the ground, reports said.

Deputies conducted a search warrant of the Bravado and found wooden blocking that was owned by the business and was used to keep the tires from moving, court documents said.

Deputies also found a bolt cutter and a cut lock inside the Bravado, according to reports.

Good was formally charged with resisting law enforcement and theft where the value of the property is between $750 and $50,000.

Good is due back in court on February 17.