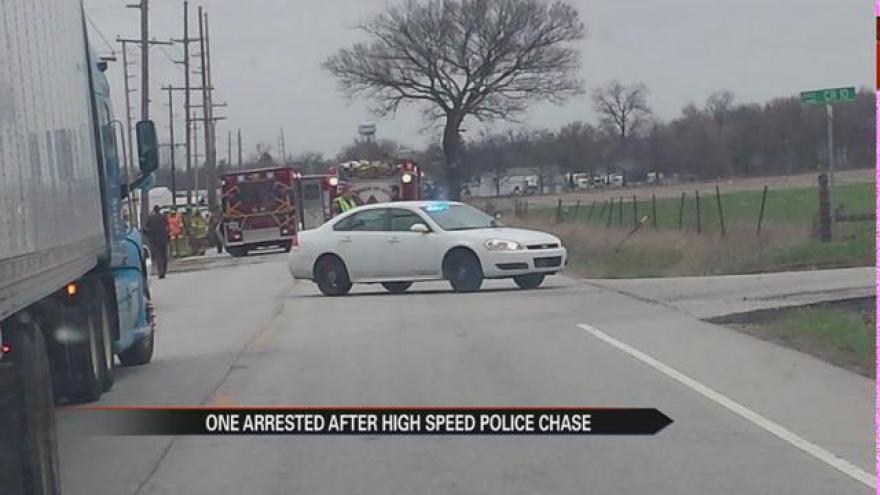 Friday morning several police agencies were involved in a high speed chase that started near a bank in downtown Bristol.

Bristol Police officers say around 9 a.m. they saw a suspicious vehicle next to a bank in the downtown area.

According to Chief Deputy Michael Albin, Middlebury police were called in as a backup to pull over the vehicle.

However, the driver didn't stop, and the chase began.

The white sedan and police cruisers reached speeds of over 100 miles per hour.

The suspects headed South on State Road 15, later making a U- turn.

That's when the driver lost control of the vehicle and hit a NIPSCO utility pole.

The three people in the vehicle suffered minor injuries in the crash.

Police are still questioning the other two people who were  inside that vehicle.

The driver, 19 year old La Mont Hawkins, was arrested on charges of fleeing with a vehicle and possession of a firearm without a permit.