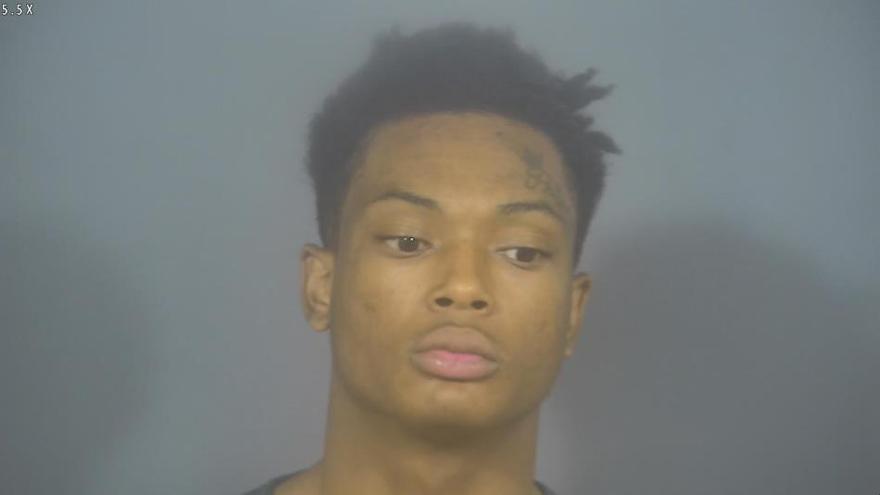 SOUTH BEND, Ind. -- A man has been charged with carrying a handgun without a license and intimidation for an incident that happened at Walmart on Wednesday, according to court records.

South Bend Police were called to the Walmart on W. Ireland Road for reports of a man with a gun making threats.

When officers arrived, the victim said he was shopping with his girlfriend and child when two men and a woman approached him.

He said he recognized one of the men as Toolie, someone he had not seen in several years.

Toolie approached the victim and asked, "Remember me?" reports said.

Toolie then raised his shirt, pulled out a handgun and said, "I should smoke you right here," according to the probable cause affidavit.

The woman with Toolie said, "Don't do that," and told the victim to leave, reports said.

The victim contacted store security and police were contacted.

Police watched the surveillance video of the encounter.

Toolie, later identified as Phillip Burkes, was arrested as he left the store, reports said.

Police seized a handgun from Burkes' waistband, according to the probable cause affidavit.

Burkes has been charged with carrying a handgun without a license and intimidation.

UPDATE: In January 2022, Burkes pleaded guilty to carrying a handgun without a license and intimidation as part of a plea agreement. He was sentenced to one year in jail for carrying a handgun without a license, with one year suspended, and one year probation. He was sentenced to 2 years in jail on the intimidation charge, with 2 years suspended, and two years probation. The sentences will run concurrently.