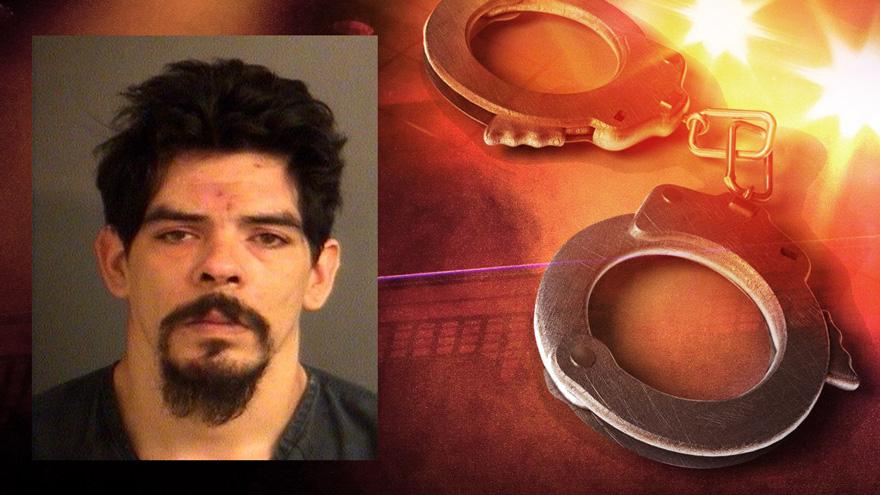 MISHAWAKA, Ind. -- A man was arrested on an arson charge for allegedly setting fire to his mother’s former home, according to court documents.

On February 8, Mishawaka Police were dispatched to the 2700 block of Normandy Drive for reports of a man who was breaking windows in a house.

When the first officer arrived, he encountered Frank Gonzales at the home, reports said.

Gonzales was acting erratic and constantly moving, police said. Gonzales said someone in the attic kept flicking a lighter at him, according to the probable cause affidavit.

Another officer noted the front windows on the house had been broken and a third officer noticed smoke coming from around the chimney and from vents from under the roof, according to reports.

Officers went inside the home to see if anyone was inside, reports said.

Inside, they found glass on the floor, a table flipped on its side and numerous holes in the ceiling, reports said.

Officers saw burning insulation, ceiling joists, smoldering ashes and black smoke in the attic space through one of the holes in the ceiling, reports said.

When the officers began discussing the fire in the home, Gonzales walked away from the officers, police said.

An officer grabbed Gonzales’ arm, but he pulled out of his coat and ran away from the officers, police said.

When Gonzales slipped on the slick sidewalk, officers grabbed Gonzales, although he continued to struggle on the ground, according to the probable cause affidavit.

After Gonzales was in handcuffs, officers located two lighters in his pocket, reports said.

A witness told police they saw Gonzales use an object that looked like a tire iron to break the windows in the home, reports said.

The witness saw Gonzales go into the house and come back out with numerous items in his arms, reports said.

The witness told police the home is owned by Gonzales’ mother.

His mother arrived on scene and was shocked at the state of her house, reports said.

She said she and her husband recently moved out, but Gonzales refused to also move out, reports said.

Frank Gonzales has been charged with arson, resisting law enforcement and criminal mischief.