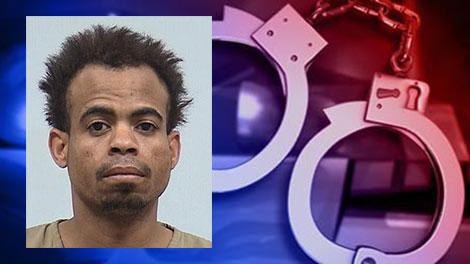 Elkhart Police arrested a man on Sunday afternoon after he allegedly stabbed his girlfriend.

Around 1 p.m. Sunday, Elkhart Police were called to a residence in the 900 block of Oxford Street to investigate a stabbing.

When they arrived, the victim told police she was in a verbal argument with her live-in boyfriend, who was later identified as 29-year-old Ramon Morales Cross.

She told police he then used a knife to stab her in the stomach, according to police.

The victim was taken to Elkhart General Hospital with non-life threatening injuries.

Cross was not at the scene when police arrived.

Cross was located in an alley in the area of Taylor and Belmont streets, according to police.