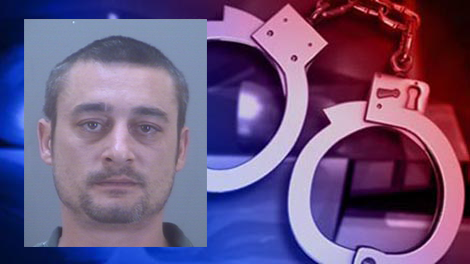 A man was arrested for allegedly threatening employees of the Rise'n Roll bakery in Middlebury.

The LaGrange County Sheriff's Department and Shipshewana Police were called to the Rise 'n Roll Bakery around 9 p.m. April 5 concerning a disgruntled ex-employee's husband causing problems, according to reports.

When they arrived, they found a truck speeding through the parking lot without its lights on.

The driver pulled out of the parking lot and headed northbound on CR1150 and was pulled over by deputies.

The driver was identified as Samuel Ring of South Bend, deputies said.

In the vehicle, deputies say they found a loaded shotgun with the safety off in the back seat of the truck.

Employees of Rise'n Roll told deputies Ring had threatened them with the shotgun.

Ring was arrested and charged with operating while intoxicated-refusal, criminal recklessness with a deadly weapon, intimidation, and harassment.