Man arrested in connection to 2 fatal shootings near MSU 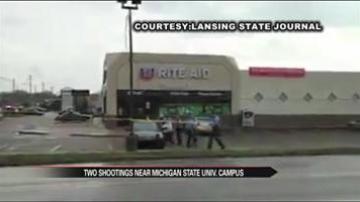 EAST LANSING, Mich. -- One man is in police custody for his alleged role in a pair of shootings near Michigan State University.

Police say he shot a Rite Aid worker in the face Monday morning. Then, 15 minutes later, shot and killed another person less than two miles away.

University police sent out an alert to students mentioning the off-campus shootings telling anyone who might be near either shooting scene to shelter in place.