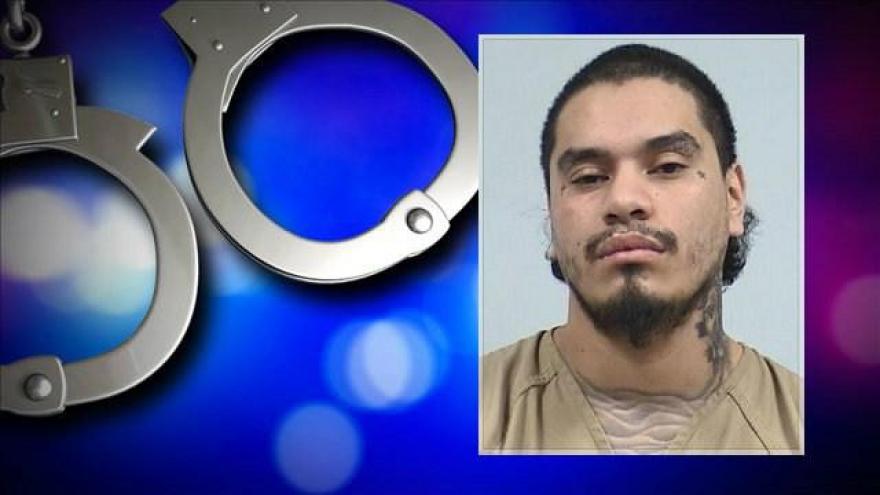 A man was arrested Wednesday on serious charges related to an early February battery case.

According the probable cause affidavit, Elkhart County Deputies were dispatched to the emergency room of Goshen Hospital on February 3rd regarding a battery that happened at Brookside Manor the night before.

The victim reportedly told deputies that he was “jumped” by 28-year-old Adrian Escobar Jr.

Court documents say Escobar accused the victim of being a “snitch” and proceeded to corner him in a bedroom.

Escobar allegedly pulled out a knife and nightstick, which he used to repeatedly beat and cut the victim while another subject punched him, according to official records.

When the victim attempted to leave, Escobar reportedly hit and cut him.

The 7-year-old child of the victim’s girlfriend entered the bedroom and Escobar handed the child the nightstick while he encouraged the child to hit the victim. The child cried and said she did not want to hit “Daddy,” stated officials.

The victim was said to have suffered large bruises, swelling to his entire body, and cuts to his right arm and left hand. The woman and the dog that lived with the victim were allegedly struck by Escobar’s nightstick, too.

According to the PCA, the victim said the beating lasted until 8 a.m. the next morning and believed he was struck with the nightstick more than 20 times.

Deputies say Escobar has been investigated for three other battery cases.

Escobar was arrested and booked into the Elkhart County Jail on charges of battery by means of a deadly weapon, possession of firearm by a serious violent felon, and animal cruelty.