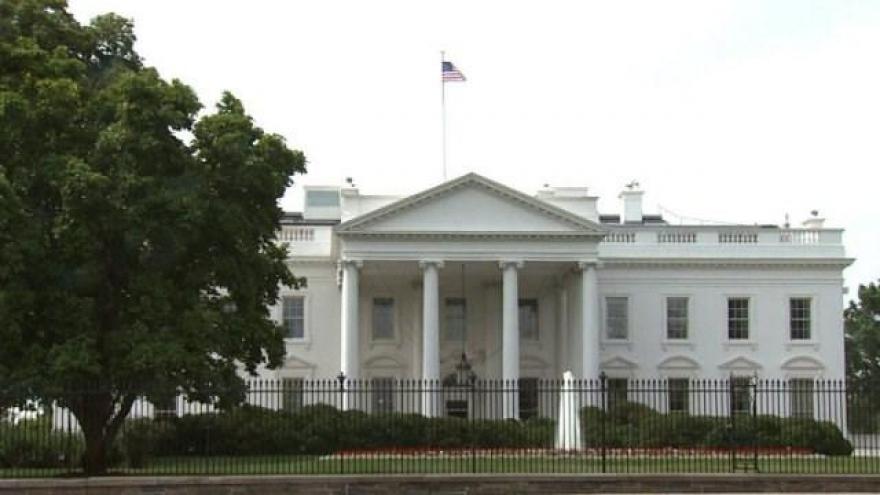 (CNN) -- A man jumped over a bicycle rack in front of the White House on Saturday, briefly putting the complex into an escalated security posture, two law enforcement officials told CNN.

The man jumped over the bike rack on Pennsylvania Avenue at a little before 1 p.m. "in an apparent attempt to get to the White House fence" and was arrested by Secret Service officers, the agency said in a statement. Criminal charges are pending, it said.

President Donald Trump was not at the residence, having traveled to his Mar-a-Lago resort in Palm Beach, Florida, for the weekend.

The arrest Saturday comes on the heels of an incident March 10 in which an intruder carrying a backpack with mace and a letter for the President jumped the White House fence and was able to stay on the grounds for more than 15 minutes. Trump was inside the residence at the time.

The 26-year-old California man, who a family member said is mentally ill, jumped multiple fences at the complex and set off several alarms before he was discovered just steps from a main door to the mansion.

House Oversight Chairman Jason Chaffetz told CNN's Wolf Blitzer on Friday that the intruder even managed to rattle a door handle at the South Portico entrance, although he did not make it inside.

"That's why we spend billions of dollars on personnel and dogs and technologies and fences and undercover people and video surveillance," the Utah Republican said. "And yet the person is able to get up close to the White House and spend 17 minutes before he's apprehended. That's unbelievable."

Chaffetz has notified the Secret Service that his committee is investigating the March 11 incident.

A law enforcement source said the security process on Saturday worked the way it was supposed to, with the man who jumped the bike rack being apprehended quickly.

The security posture at the White House has returned to normal, the sources said.