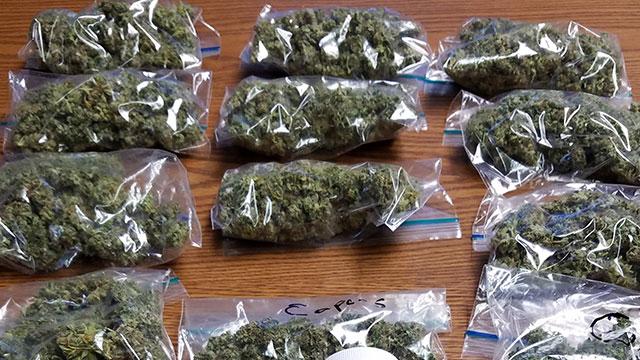 A man was arrested with drugs and counterfeit cash just hours after pleading guilty to drug charges in an earlier case, according to the Van Buren County Sheriff's Office.

A sheriff's deputy conducted a traffic stop on a vehicle traveling 82 mph in a 55 mph zone around 6:40 p.m. Wednesday.

When the deputy approached the vehicle, he saw marijuana in plain view, reports said.

The driver told the deputy he had just pleaded guilty to possession of marijuana five hours prior to the traffic stop.

When the deputy searched the vehicle, he located over a half pound of marijuana and over 1000 prescription pills.

The suspect, a 24-year-old from Paw Paw, Michigan, was taken into custody.

His name is being withheld.