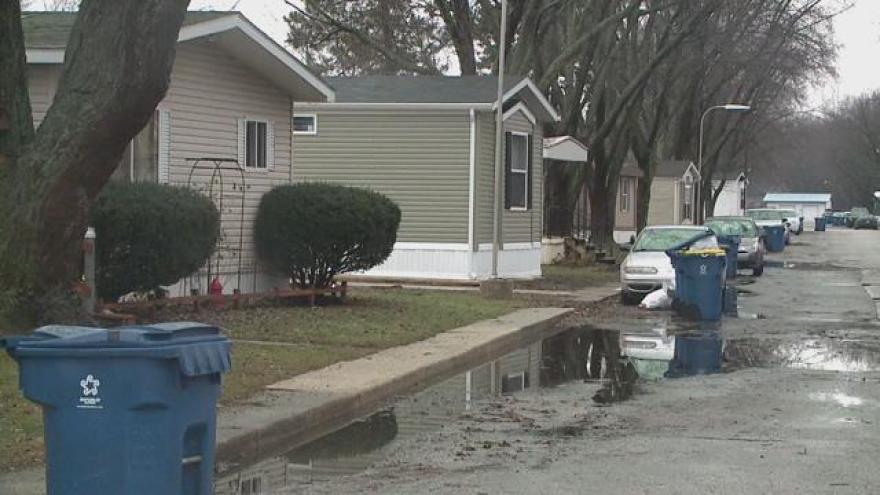 A 4-year-old girl was nearly snatched from a bedroom inside her Elkhart home.

But luckily grandma walked in just in time to scare off the stranger.

The frightening details have shocked neighbors and shaken a family and now police are behind in their investigation.

The near abduction happened around 5:30 Tuesday evening, but it wasn’t reported until the following afternoon.

Police aren’t sure why that’s the case, but now it’s up to them to solve it.

It was a horrifying moment for an Elkhart grandmother watching her two young grandchildren.

“It wasn’t a scream it was like a bang or a thud or something she just heard a noise come from back there and went to investigate” said Sgt. Chris Snyder, Elkhart Police.

Around 5:30 Tuesday evening, Snyder says someone attempted to abduct a 4-year-old girl from a home on Valentines Lane in the Holiday Village.

“Everything surely indicated that the individual was trying to take that child out of the window,” said Snyder.

Fortunately, the grandmother arrived before the suspect was able to snatch that little girl and police say she wasn’t hurt.

Now the attention has turned to capturing the suspect, and police are scrambling.

“Difficult now because starting pretty late into investigation after it happened,” said Snyder.

“It’s kind of hard when already 20 hours  behind the ball so our detectives will be doing neighborhood canvasses talking to anyone around area that may have seen anything,” said Snyder.

And while police talk to neighbors, Snyder is asking parents to talk to their kids.

“Important to understand importance of stranger danger who you should talk to and what you should do if approached by stranger,” said Snyder.

Anything and everything, he says, to prevent something similar from happening to you.

“It’s sad we have to say that but with everything going on in society everything you can do to help secure residence and make it safe so things like that don’t happen,” said Snyder.

The description of the suspect is vague.

He’s being described as a black guy in his 20s to 30s with a slender build. Police say he was wearing a black hoodie at the time of this incident.

If you know anything, call Elkhart Police.