Man busts window, gets bit by the dog inside; now wants to sue the owner 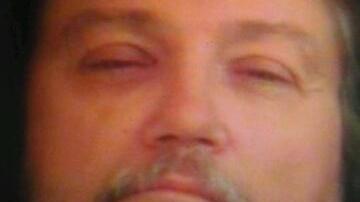 SOUTH BEND, Ind. -- According to police officers, a South Bend man broke the window to a home on Roosevelt Street Saturday evening.  Now he wants to sue the homeowner after getting bit by the dog inside.

South Bend Police Officers say Leeroy Mills, 51, broke the the window of a home on Roosevelt Street. His arm was then attacked by the dog inside of the home.

The dog was an American Stafford-shire Terrier. Officers say Mills was intoxicated at the time of the incident. He was arrested for public intoxication, disorderly conduct, vandalism, and assaulting a police officer.

Mills was rushed to Memorial Hospital for his injuries. Once released from the hospital he was booked into the St. Joseph County Jail. He was out on bail Monday evening, and said to be back home.

I drove to Mills' home to get his side of the story, but he wasn't home. In a twist to the story, South Bend police officers and South Bend Animal Care and Control employees were at his home.

It was reported that Mills had too many dogs in his home, breaking city ordinance.

Mills told officers at the time of his arrest that he was going to sue Santana for getting bit. In a twist, Santana and Mills are friends. They have known each other for over a year and only live a couple streets away from one another.

Santana said that he doesn't believe that Mills was trying to break into his house, but knocked on the window too hard breaking it.

"I'm sorry for what happened, but I can't be held responsible for your actions. When you're that intoxicated that you break someone's window, that's what happens," Santana said.