Man charged in deaths of animals found in alley in 2014 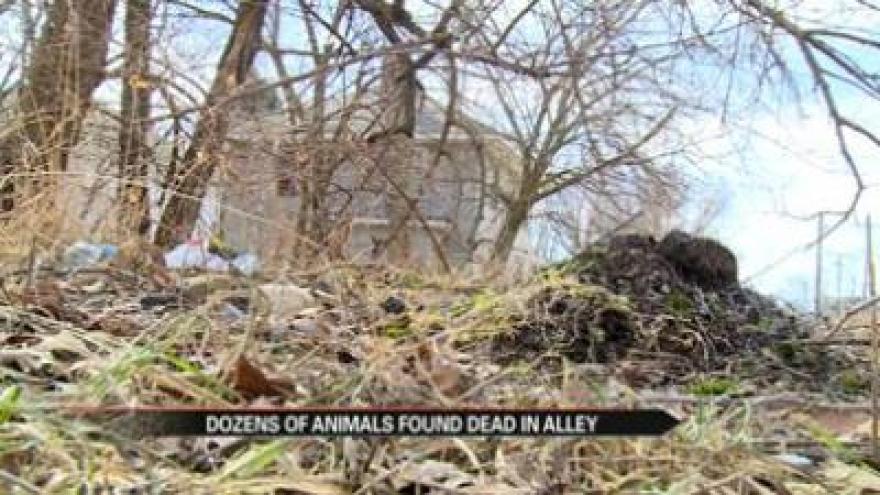 A man has been charged in connection with the mutilated animals found deceased in a South Bend alley last year.

In March 2014, a resident called South Bend Police after finding multiple dead and mutilated animals in an alley in the area of E. Indiana Avenue.
There were ten cats, several squirrels, rabbits and an opossum.

An officer with South Bend Animal Control collected the animals and discovered several had puncture wounds consistent with pellets or small caliber ammunition.

During the investigation, officers learned Howard was a possible suspect and spoke with him and his wife.

Outside, officers noted two holes in the fence overlooking the alley and neighboring yards. The officers noted the holes were large enough to see through and fit a gun barrel through.

There were also two holes in the fence overlooking a vacant lot where the animals were found.

In the garage, officers said they found a window on the east side covered by a blue blanket. The blanket had a hole cut in it, making it similar to a hunting blind, according to court documents.

Around the time of the news coverage of the dead animals discovered in the alley, there were internet searches on how to kill feral cats and the Indiana laws on search warrants.

Another resident who spoke with police said he tried to convince Howard to come forward and admit to killing the animals.

Necropsies were performed on eight of the ten cats.