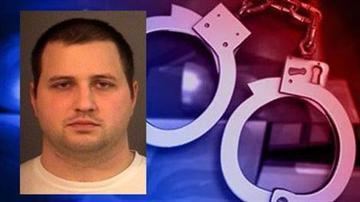 ST. JOSEPH COUNTY, Ind. -- The director of the Osolo Township Emergency Medical Services confirmed that 24-year-old Jeremy Bontrager worked there as a paramedic. Bontrager has been charged with failure to stop at the scene of an accident resulting in a death.

The St. Joseph County Prosecutor's office released details of the case on Monday.

The accident happened January 10 on SR933 just south of the toll road.

When Roseland Police arrived to the scene they found Ronald Rogers in the northbound lanes. They said it appeared he had been hit by a car.

Bontrager allegedly told a friend that he hit something and they contacted the South Bend Police Department.

Bontrager was taken in for questioning.

Bontrager told Mishawaka Police that he was out with friends that night and had two beers and French fries, reports said.

Bontrager said it was raining and he couldn't see. He said he heard a loud bang, but thought he hit an animal, reports said.

He stopped at a restaurant parking lot but said he didn't see what he hit, reports said.

Police obtained a search warrant for Bontrager's vehicle and said it appeared to have damage consistent with striking a pedestrian.

Bontrager was arraigned Tuesday.  His next hearing has been scheduled for January 28, 2014.

Bontrager posted bond and is no longer in jail.