Man charged in I-96 shootings to undergo competency exams 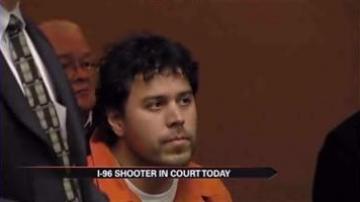 NOVI, Mich. -- A judge has ordered a man charged in a roadside shooting spree to undergo competency examinations.

Wednesday, Raulie Casteel was ordered to the exams in a Novi, Michigan courtroom.

The 43-year-old is charged with 60 counts, Including multiple counts of assault with intent to murder.

He is also charged in a separate single case in another county.

His defense attorney's described him as a married, college-educated man with no criminal history.