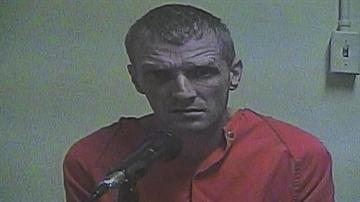 NILES, Mich. – Investigators believe they’ve solved the murders of Joseph and Carolyn Tarwacki, a Niles couple who were brutally killed inside their home in 2010.

28-year-old Keith Lintz was charged Thursday on two counts of felony murder in the Cass County Courthouse. He was arrested around 2 p.m. Wednesday by Michigan State Police near his grandmother’s house on N. 16th Street in Niles.

Michigan State Police investigators revealed at the news conference that 20 months of investigation culminated with the arrest of Lintz. They said 725 tips were given to police and 381 formal interviews were done with people in four states.

“Information was uncovered of (Lintz’s) involvement,” said MSP investigator Chuck Christianson. “That led to additional people being interviewed in the other states which ultimately led to his arrest.”

According to investigators, Lintz surfaced as a suspect one week after the Tarwacki murders. They said Lintz admitted his involvement to several informants. Prosecutors would not release information about Lintz’s motive or evidence that led to an arrest. DNA testing was used in the investigation but investigators would not elaborate.

Bond was revoked by a Cass County Judge Thursday. Lintz will appear in court again on October 31st.

“My son didn’t do this,” Sheri Lintz, mother of Keith Lintz, told ABC 57 News on Thursday. “He’s not capable of doing this. He doesn’t have a mean bone in his body.”

Sheri Lintz gave her condolences to the Tarwacki family but said that after charges were filed against her son, there were more than two victims. “He cried and cried after he found out about these charges,” she said. “’I didn’t do it. I didn’t do it mom,’ I said I know son you didn’t do it.”

Sheri Lintz said that her son knew that police had been investigating him for the Tarwacki’s murder about two years ago. She believes her son is innocent. “He did not know these people. He would not know them if he saw them in a grocery story,” she said. “I don’t understand why they’re looking at my son for this charge.”